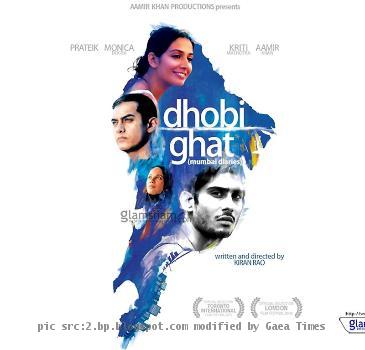 MUMBAI, INDIA (GaeaTimes.com)- Before starting work for his Bollywood directorial debut ‘Dhobi Ghat‘ Kiran Rao was really skeptical about working with her husband/actor Aamir Khan. She knew that association with the Bollywood bigwig will get her huge attention but she was not sure about casting him and making the film under his banner. However, now that her film has been released and is getting outstanding reviews from the critics and appreciation from the viewers all over, the dbutante director is relaxed. The director says that contrary to her earlier perception about her actor-producer husband she has to admit that he is a dream producer and she enjoyed every bit of working with him. She said her husband told him ‘Don’t move on until you’ve got what you want and once you’ve got it, don’t waste time.’

‘Dhobi Ghat‘ director Kiran Rao said in an interview that she would love to work with her actor husband Aamir Khan again and it would be a dream coming true for her if she can cast him in the main role of her upcoming film. However, she admitted that she is yet to write a script meant especially for him. The dbutante director that working with her husband in her directorial debut in Bollywood was not much stressful. Aamir Khan was very committed to the movie without being finicky about anything.

‘Dhobi Ghat’ is also important for talented and budding actor Prateik Babbar who made his debut in Bollywood two years back with ‘Jaane Tu Ya Jaane Naa’. Dhobi Ghat also features two newcomers picked by the director.