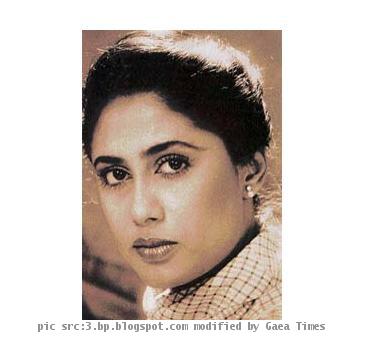 MUMBAI, INDIA (GaeaTimes.com) — This is the day to remember the unconventional actress of the 80’s era Smita Patil. We observe 25th death anniversary of her today.

Prateik, the son of the versatile actress said that, his maternal family would conduct a pooja every year on the death anniversary of his mother.

He informed that on this day, a family get together is held at their Bandra home and remember her mother. This year is very special as it marks the 25th death anniversary of her mother. This is an extremely emotional time for the family, he said.

Prateik, who debuted on silver screen last year was only 15-days old, when her mother died. He appeared in Jaane Tu…Ya Jaane Na last year and will be seen in a lead role with Dhobi Ghat which is ready for release next month.

American support for India at UNSC was unequivocal, says official

NEW DELHI - Dispelling the notion that American support to India's role in a reformed United N...

US help needed to sustain India's nine to ten percent growth rate for next 30 years: PM

NEW DELHI - The Prime Minister, Dr. Manmohan Singh, on Monday said the help of the United States wo...

India is key actor on world stage, extraordinarily important to US: Obama

NEW DELHI - Visiting US President Barack Obama on Monday described India as a key actor on the wo...

Obamas get to meet 'slumdog kids'

NEW DELHI - It was as close to the slum-dog moment as the Obamas could get in their India tour. The ...

NEW DELHI - With major roads in the capital blocked to facilitate US President Barack Obama's moveme...

Why is Humayun's tomb on Obama's itinerary?

NEW DELHI - Most Indians are puzzled as to why foreign heads of state would choose to pay a visit to...

President Obama likely to have refueling halt in Pakistan enroute to Mumbai?