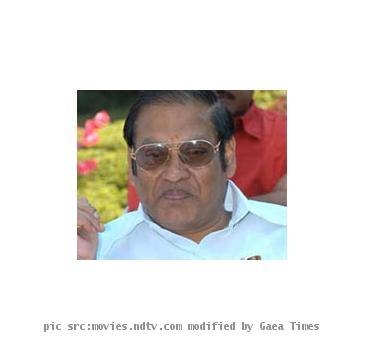 HYDERABAD, INDIA (GaeaTimes.com) — Today Tollywood is shuttered by the sudden demise of senior producer Devi Vara Prasad. He was suffering from diabetes and admitted in KIMS hospital couple of days back.

The veteran producer had worked with NTR and Chiranjeevi and produced movies under Devi films.

He broke down after his big budget movie Mrugaraju flopped in the box office. Both his health and financial condition deteriorated after Bhajantreelu failed to make business.

We at Gaeatimes, express our sincere condolences to the bereaved family and friends of Devi Vara Prasad.

GUANGZHOU - India's 16-year-old archery sensation Deepika Kumari could not live up to expectations a...

GUANGZHOU - India's Deepika Kumari stayed in medal contention after a entering the quarterfinals of ...

NEW DELHI - India's youth, who form more than half the country's population, should be given a boost...
Copyright© 2010 The Gaea Times