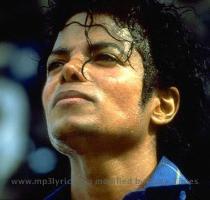 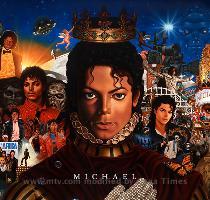 LOS ANGELES (GaeaTimes.com)- Music lovers have a lot to rejoice as Michael Jackson’s posthumous album ‘Michael’ is all set to be released on December 14. The highly anticipated album contains material from the vaults of the music legend which was recorded during the length of his career. The album is sure to spark the hype around the King of Pop yet again. The fans will get a sneak peek into the album when the first single ‘Breaking News’ will be officially streamed on Michael Jackson’s official website on November 8.

The much anticipated Michael Jackson album also has a much talked about cover which shows various incarnation of the pop legend. The cover of ‘Michael’ is an explosion of images from various other album covers, shots of music videos of the star and even shots from his movies ‘Moonwalker’ and ‘Captain EO’. The official MTV website has analyzed the cover and dissected the various references for the fans. Interestingly, Prince’s symbol, which also worked as his name for a while, is drawn on the cover. The reference is sure to spark the debate about the pop icon’s relations with the ‘When Doves Cry’ star.

Considering that Michael Jackson’s posthumous album is releasing 18 months after his death, fans can expect that the collection of the unreleased songs will live up to the hype. Post his death, Michael Jackson has emerged as one of the most successful artists in recent years with his film ‘This Is It’ grossing $261 million in world wide box office collection. Reports indicate that the star had recorded hundreds of singles before his death and over the length of his career that are yet to be released and thus many such releases are expected by the fans in the future.