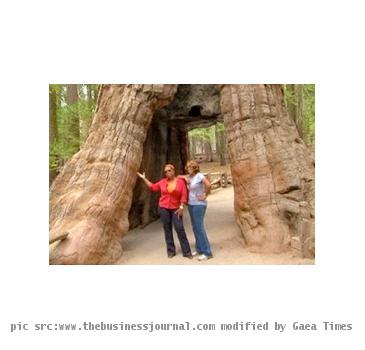 Oprah Winfrey said that ranger Shelton Johnson had been requesting her to pay visit at the Yosemite National Park from 2004. The media mogul also commented as to why more African Americans are not seen in the national parks. However, Oprah Winfrey told her studio audience at the end of the show that that she would never “do that again”. In one of the clips Gayle King says that she has no interest in seeing a “bear”, however, her friend, Oprah Winfrey acted like she wanted to meet a bear!

The park rangers were happy to see Oprah Winfrey and her friend in the park as they feel their visit would continue to drive tourists in the future. Shelton Johnson said that Oprah Winfrey not only responded to his letter but also responded to what he told her. He said that when Oprah Winfrey heard that all the Americans own the Yosemite National Park but all of them do not visit the place, she wanted to do “something” about it. The rangers were impressed with Oprah Winfrey as she engaged herself completely with the experience and enjoyed her time. Scott Gediman, one of the park rangers said that Oprah Winfrey was playing music and enjoying her time with the people of Yosemite National Park.