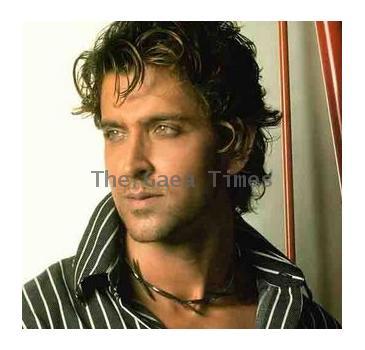 September 23, 2010 (Sampurn Wire): Superstar Hrithik Roshan is the latest entry from Bollywood to Madame Tussauds statue and now the actor has left for London with his wife to give his measurements to the gallery people, who wil stark work on his statue immediately.

Megastar Amitabh Bachchan, superstar Shah Rukh Khan and ‘Bachchan bahu’ Aishwarya Rai Bachchan are the Bollywood stars, who have already made their place at Madame Tussauds. Now, Hrithik will join these big names of Bollywood.

There is a report that Hrithik has left for London with his wife Sussanne Khan and his stylist Anaita Shroff Adajania for being measured for his statue. A source close to the Roshan family has confirmed the news that the actor is in London now.

In fact, Hrithik has shared this on the microblogging site Twitter. He posted the tweet on his way to the Tussauds, where he was accompanied by Sussanne and his stylist, whom he addressed as his bosses.

Roshans are eagerly waiting for Hrithik’s wax statue for being unveiled. Sussanne is also very excited that her hubby is getting a place near those big name is Madame Tussauds waxworld.

Apart from the Roshan family, all the fans of Hrithik are also eagerly waiting to see his wax statue.

NEW DELHI - Aishwarya Rai says life has been extremely fast-paced since the day she chose to study s...
Copyright© 2010 The Gaea Times