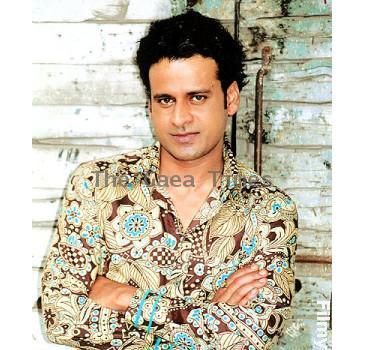 September 14, 2010 (Sampurn Wire): Versatile actor Manoj Bajpai is known for acting in serious and offbeat films in unconventional roles. However, the actor is now trying his hands at a quirky comedy with his next film, Dus Tola, which is inspired by folk tales.

Bajpai started his acting career with the much popular yesteryear show of television, ‘Swaabhimaan’, on Doordarshan. He was seen playing an advocate here and then got to play a small role in the Pooja Bhatt starrer Tamanna in 1997. Later, his acting talent was discovered and fully utilized in the 1998 movie Satya, in which he played underworld don Bhiku Mhatre. This earned him lots of awards, including the Filmfare Award for ‘Best Actor’ (Critics’ Choice).

The rest is history, of course. Now, in his latest film, Dus Tola, Bajpai will be seen playing a goldsmith named Shankar. The movie tells the story of a small town called Sonapur, where Shankar lives. Bajpai’s character is deeply in love with Suvarnalata (Aarti Chhabria), the neighbor’s daughter. This annoys the girl’s father, Daya Shastri (Dilip Prabahvalkar), who is searching for a rich groom from Dubai for his daughter. He wants to climb the social ladder through his daughter’s marriage with a rich man, who can "gift her weight in gold".

On the other hand, Shankar has nothing but a pure "heart of gold" and he prepares himself to create obstacles in Shastri’s plans in order to win his girl.