Boney Kapoors Son Arjun Likely To Be Paired With Sonakshi 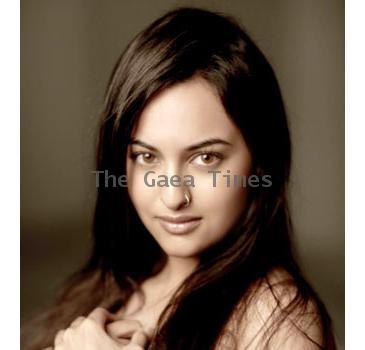 September 1, 2010 (Sampurn Wire):Veteran actor Anil Kapoor’s big brother and producer Boney Kapoor is now planning to launch his 24-year old son Arjun Kapoor in a movie, which is likely to come up by next year.

There is a lot of buzz about this but Boney has preferred to keep mum on this at the moment. However, he has confirmed the news saying that his 24 year old son Arjun is now ready to be launched in films as he is prepared to face the camera. Boney was quoted stating that Arjun has learnt the ropes of filmmaking as he has worked with Karan Johar and assisted Nikhil Advani in ‘Kal Ho Na Ho’.

Boney is now busy with the sequel of No Entry and once he is done with the scripting of it, he will take up the project with Arjun. The producer said that he has planned a timeframe to launch his son.

Arjun was earlier said to have dated Salman Khan’s sister Arpita, who dumped him to be with Yash, the son of the business tycoon Pramod Goenka.

The new girl Sonakshi Sinha, who has already been popular with the promos of her upcoming movie ‘Dabangg’, is likely to be paired with Arjun in his debut movie. However, Boney is not ready to share much information about this. He is not ready to divulge all about the project now.

Arjun is Boney Kapoor and his first wife Mona Shourie Kapoor’s son. He also has two daughters with his second wife actress Sridevi.

There was a buzz that Boney might launch his son in the sequel of ‘Mr India’, which originally starred his brother Anil Kapoor and wife Sridevi. But Boney did not admit it and said that they are still working on the plot and yet to finalize a director.

September 16, 2010 (Sampurn Wire): Bollywood filmmakers find out a new promotional tool with every...

MUMBAI - An exhibition of paintings depicting the highs and lows of actor Anupam Kher saw the wh...

Asin Says She Can Never Say No To Sridevi

I didn't refuse any offer from Sridevi: Asin

CHENNAI, INDIA (GaeaTimes.com)- This was a wedding that the city of Chennai would remember for a...

A PANORAMIC AND NOSTALGIC VIEW OF K. ASIFS MONUMENTAL EPIC MUGHAL E - AZAM ON ITS COMPLETION OF 50 YEARS IN THE ANNALS OF INDIAN CINEMA.