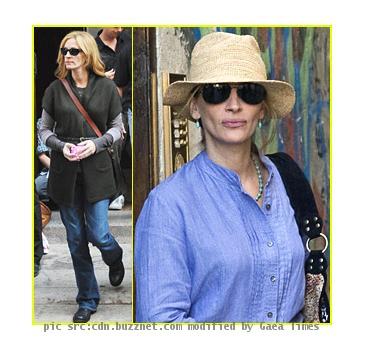 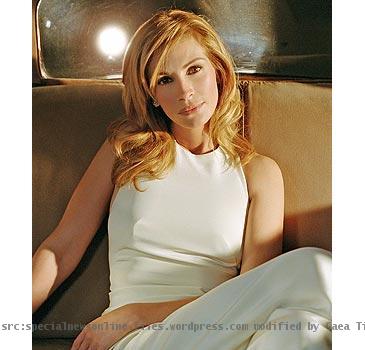 LOS ANGELES — Sylvester Stallone has proven that he’s not quite expendable yet at the box office.

Stallone and his pumped-up pals lifted Lionsgate’s 1980s-style action romp “The Expendables” to a No. 1 debut with $35 million, according to studio estimates Sunday.

While the macho “Expendables” lured male audiences, Julia Roberts delivered a crowd-pleaser for women with Sony’s “Eat Pray Love,” which opened at No. 2 with $23.7 million.

The previous weekend’s top movie, Sony’s cop comedy “The Other Guys,” slipped to third place with $18 million, raising its 10-day total to $70.5 million. The Warner Bros. blockbuster “Inception” was fourth with $11.4 million, lifting its total to $248.6 million.

Opening in fifth place with $10.5 million was Universal’s graphic-novel adaptation “Scott Pilgrim vs. the World,” starring Michael Cera as a slacker caught up in duels to the death with his new girlfriend’s seven evil ex-boyfriends.

“The Expendables” continued a box-office uptick for Stallone, who has had a career resurgence in recent years revisiting his past with fresh sequels to his “Rocky” and “Rambo” franchises.

The movie features such action stars as Jet Li and Jason Statham — along with cameos from Bruce Willis and Arnold Schwarzenegger — in a tale of mercenaries aiming to overthrow a dictator.

It’s a throwback to the brawn and body counts of 1980s and ’90s action, a genre whose top three stars were Stallone, Willis and Schwarzenegger. The cast also includes such actors with 1980s roots as Mickey Rourke, Dolph Lundgren and Roberts’ brother, Eric Roberts, as well as wrestler Steve Austin, ultimate fighter Randy Couture and former NFL player Terry Crews.

“By combining all that star power, they really had a strong debut,” said Paul Dergarabedian, box-office analyst for Hollywood.com. “Maybe star power doesn’t work with just one star, but when you throw in a dozen, it really looked fun. In the action world, these guys are big names.”

Adapted from Elizabeth Gilbert’s best-selling memoir, “Eat Pray Love” stars Julia Roberts as a woman traveling the world in search of enlightenment after her divorce.

Lionsgate deliberately chose this weekend to open “The Expendables” since it would be aiming for a different audience than “Eat Pray Love.”

“We figured anybody going to see ‘Eat Pray Love’ would not want to see ‘Expendables,’ and vice versa,” said David Spitz, head of distribution at Lionsgate.

Still, the hunky-men factor brought in a solid female crowd for “The Expendables,” whose audience was 39 percent women, a bigger ratio than many male-driven action flicks.

Sony is counting on a long shelf life for “Eat Pray Love” because of its appeal to women, who are less likely than males to rush out to see a movie over opening weekend.

“This is the type of picture that really will hang in there. I would be very surprised if the picture doesn’t play right into the fall,” Bruer said.

The year’s biggest hit, “Toy Story 3,” took in $2.2 million over the weekend to climb to $400.8 million domestically. The blockbuster from Disney’s Pixar Animation became the 11th movie to top $400 million and only the second animated film to hit that mark, after “Shrek 2″ at $436.7 million.