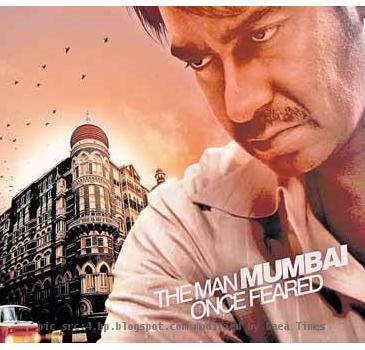 MUMBAI, INDIA (GaeaTimes.com)- Is “Once Upon A Time In Mumbaai” directly related to the life story of gangster Haji Mastan? While most have been speculating such, Ajay Devgn who plays the lead role in the Milan Luthria film would like to differ with the critics. In a statement released to the media, Ajay Devgn has said that there is no similarity between Haji Mastan and the character played by him, however adding that since he was the only gangster during the 70s, it is natural that Ajay Devgn be influenced by his mannerisms.

Ajay Devgn has always been known for the intense roles that he portrays on screen. Though the Haji Mastan reference in “Once Upon A Time In Mumbaai” was being touted as one of the actor’s best performances to date, the Friday release has been dragged to court. Shamshad Supariwala, the daughter of Haji Mastan has filed an affidavit against the film’s producers claiming that screening of “Once Upon A Time In Mumbaai” be allowed only after permission from the gangster’s family. This is the second lawsuit filed against the Milan Luthira film after the first injunction filed by Sundar Shekhar, the adopted son of Haji Mastan. The court, like the previous occasion, has refused to comply with the gangster’s family, directing producers Balaji Telefilms to issue a statement that their film has no direct resemblance to Haji Mastan.

This is Ajay Devgn’s second film where he plays an underworld don after “Company”. The actor has repeatedly brushed aside claims of having enacted Haji Mastan on the big screen, saying that he finds a closer resemblance to Robin Hood.