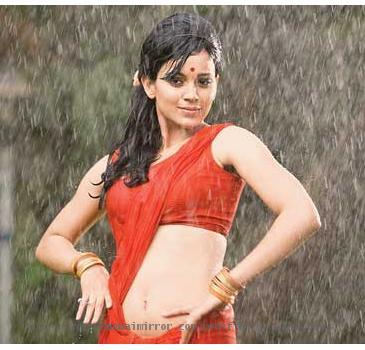 MUMBAI, INDIA (GaeaTimes.com)- Milan Luthria’s Friday release has been in news more for the controversial subject that it deals with than the performances that the actors have put up on screen. While most critics are of the opinion that “Once Upon A Time In Mumbaai” is based on the life of Haji Mastan, the gangster who ruled Mumbaai during the 1970s, the actors have vehemently disagreed with their perception. Ajay Devgn has repeatedly made it clear to the media that he is not the gangster in the film, and co-star Kangana Ranaut has also refused to accept that she plays the role of Haji Mastan’s wife in the film.

Speaking to the media during a promotional shoot for “Once Upon A Time In Mumbaai”, Kangana Ranaut not only says that she is not Haji Mastan’s wife, but emphasizes on the fact that her character is not based on any real life personality. Through the actress’ words it is apparent that she is not happy that her film has got involved in such distasteful controversies, which have even led the producers to court.

It is the special retro look that Kangana Ranaut adopted to achieve the yesteryear actress look in “Once Upon A Time In Mumbaai” that initially led the critics to believe that she is indeed the gangster’s wife in the film. It is believed that Haji Mastan was involved with an actress during his times. However the National Award winning actress says that it was the period in which the film is based that led to her styling in the movie, saying that a period film requires a lot of research before rounding up on the right costumes and hairstyles.