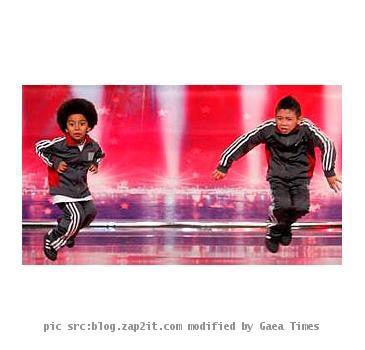 LOS ANGELES (GaeaTimes.com)- A star studded stage greeted the audience of ‘America’s Got Talent’ as the likes of Selena Gomez and the cast of ‘Rock Of Ages’ performed on stage. Another surprise guest who sang alongside ‘Rock Of Ages’ star Constantine Maroulis was Twisted Sister frontman Dee Snider. Selena Gomez and The Scene performed their latest single ‘Round and Round’ from their album ‘A Year Without Rain’ that comes out in September. The show also announced the contestants going through to the next round.

Some fans had their hearts broken and some rejoiced as their favorite performers were sent home and selected for the semis. Amongst those who were sent home were the Hot Shot Tap Dancers who were expected to go farther but lost against Christina and Ali- the singing sisters. Fighting Gravity were another group who made it into the semis with their strange and entertaining dance routine. The group’s performance in the ‘America’s Got Talent’ auditions had shocked the viewers as the dancers seemed to be floating in the air while dancing. They relied on the simple science of lifting the illuminated dancers in the dark while the darkened lifters were camouflaged in the dark background. The new age performance which managed to vow the audience and judges managed to hang on in the competition.

Future Funk, a dance duo which consisted of kids who are 5 and 9 years old, also qualified for the next round of the competition. Their selection left them as well as the audience extremely emotional. The selection of the contestants depends 75% on votes from the audience and 25% on the judges panel of America’s Got Talent that consists of Sharon Osbourne, Howie Mandel and Piers Morgan.