Red Alert To Release In Four Versions Simultaneously, On July 16

By now the issue of the movie is known by all which is based on the real story of a farm laborer in Andhra Pradesh. The role of the laborer is played by Sunil Shetty who gets involved with a group of Naxalites. The story of the movie can also relate to , SAMPURN
Tuesday, July 6, 2010 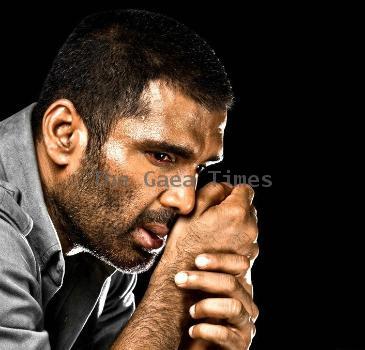 July 6, 2010 (Sampurn Wire): Sunil Shetty and Sameera Reddy starrer movie, ‘Red Alert- The war within’ is going to hit the theaters in four languages simultaneously, on July 16. The producers, T.P. Aggarwal and his son Rahul Aggarwal have taken this decision realizing the topicality of the film.

Apart from the Hindi version, the movie has been dubbed in three languages, English, Telugu and Chhattisgarhi. All the four versions will open at the theaters on the same day. The English version has been selected for an international release.

Confirming the news, Rahul Aggarwal said, “The Red Alert is going to be released as an art house cinema at selected theaters in the international market. This will not have a mainstream release there.”

The actors in the film are also very excited as most of the actors like Naseeruddin Shah, Sunil Shetty and Vinod Khanna, have dubbed their lines themselves.