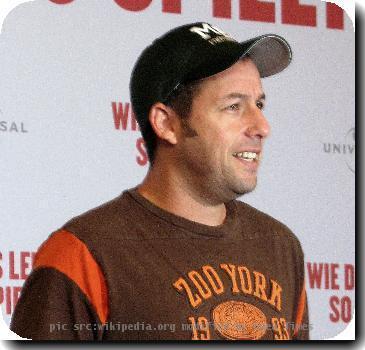 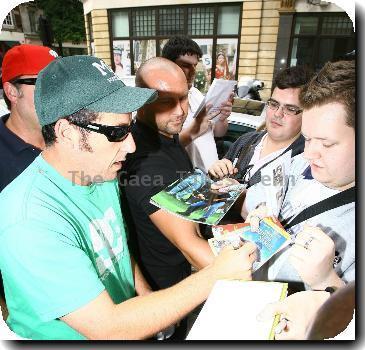 BEVERLY HILLS, Calif. — Adam Sandler, Bono and James Gandolfini are among 135 people invited to join the Academy of Motion Picture Arts and Sciences.

Also on the list announced Friday are several Oscar winners from this year, including Mo’Nique, best supporting actress for “Precious: Based on the Novel ‘Push’ by Sapphire,’” Christoph Waltz, best supporting actor for “Inglourious Basterds,” and Mark Boal, writer and producer of “The Hurt Locker.”

Documentary makers Davis Guggenheim, who won for “An Inconvenient Truth,” and Morgan Spurlock also are listed.

They’ll all be honored at a reception in September.

LONDON - 'The Elf' actor Will Ferrell has been named Hollywood's most overpaid star for the second y...

LOS ANGELES - Will Ferrell is Hollywood's most overpaid actor, according to a study by Forbes magazi...

Los Angeles (Gaea Times.com) A little over a week is left for Halloween, and everyone has got bu...

Sandler dresses in drag for 'Jack and Jill'

LOS ANGELES - Actor Adam Sandler was pictured dressing in a drag for his new film "Jack and Jill". ...

Rufus is most decorated bull terrier in history, now one of busiest therapy dogs in country

5 years after triple crown, Rufus in high demandLOS ANGELES — Rufus is the most decorated bull ter...

LOS ANGELES (GaeaTimes.com)- The much touted "Stand Up To Cancer" telethon that was aired yester...

Seacrest, others star in 'Stand Up To Cancer' LOS ANGELES — Adam Sandler, Seth Rogen and N...

LONDON - Hollywood star Johnny Depp has been named as the highest paid actor of 2010. He has ear...

WASHINGTON - Brad Pitt and Jennifer Aniston almost ran into each other last week. The former 'Fr...

LONDON - Johnny Depp is the highest paid actor in Hollywood, according to Forbes. The actor e...
Copyright© 2010 The Gaea Times