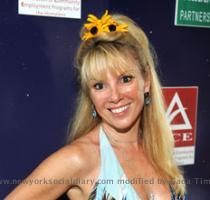 LOS ANGELES (GaeaTimes.com)- Ramona Singer revealed in a recent interview that the rumored kiss and make-up stories about Bethenny Frankel and Jill Zarin are untrue. The ‘Real Housewife’ said that the reunion of the ‘Real Housewives Of New York’ cast members became too hectic and two people walked out of it. Another person reportedly got up and stamped her foot during the show. Ramona Singer who is very close to Bethenny Frankel revealed that she is quite relieved that Kelly Bensimon has left St.John. She said that Kelly Bensimon had become extremely volatile and needed help.

Ramona Singer who is considered by many to be the hottest of the ‘Real Housewives of New York’ is also an established business woman and loving mother. She started her career 30 years ago as a buyer for Macy’s. Now she has carved her own niche in the fashion and jewelry industry. The latest offering that made her quite a hot search on the web is a jewelry line called Ramona Singer’s Jewelry for HSN. The range of pendants, bracelets, rings and earrings are all priced between $200 and $600. For fans who have seen a sneak preview of the collection at the Mizu Salon in New York have called it exciting.

The latest episode of ‘Real Housewives of New York’ showed Ramona Singer relieved and at the same time concerned for Kelly Bensimon. She said that she had called Jill Zarin to call and check on Kelly Bensimon at the airport. Jill Zarin though told her that Kelly Bensimon had been sending her strange and senseless texts.

WASHINGTON - Facebook has begun to remove pages that refer to the North American Man/Boy Love Associ...

'Scott Pilgrim Vs The World' Reviews Out Now

LOS ANGELES (GaeaTimes.com)- The much hyped 'Scott Pilgrim vs The World' released on August 13 a...

'The Other Guys' bests 'Inception,' takes over box office with $35.5M opening

'The Other Guys' takes over box office with $35.5MLOS ANGELES ? The dream is over for "Inception...
Copyright© 2010 The Gaea Times