Second City at 50: A ‘comedy factory’ still cranking out laughs _ and stars 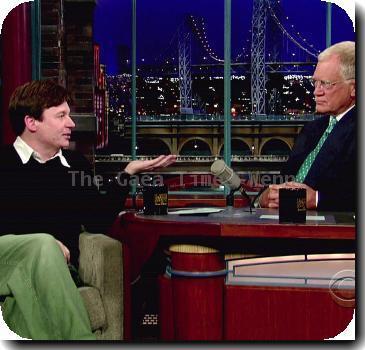 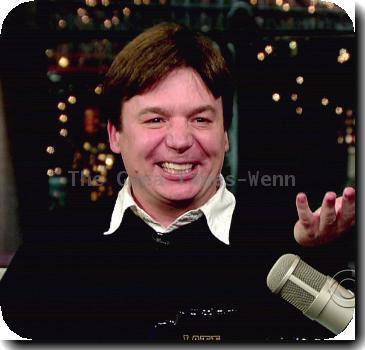 CHICAGO — On a blustery fall afternoon, Andy St. Clair slips into an empty club, with rows of tables, wooden chairs and a bare stage awaiting its next bit of comedy magic.

It doesn’t look like much, but the stage is something of a shrine.

This weekend, the theater marks its 50th anniversary, a milestone that’s even more impressive in the ephemeral world of show business. Second City has survived and thrived for a half-century with the same formula: small, youngish casts; parody, satire and improvisation; and hip, irreverent, topical, often political humor.

Decades ago, it was Alan Arkin in a rain hat and slicker phoning God — “That’s N-O-A-H,” he tells the divine — and auditioning ark candidates. Thirty years later, it was Carell (Arkin’s cast mate in “Little Miss Sunshine”) as a job applicant ordered to stomp his foot and disguise his voice so a blindfolded personnel manager can guard against biases.

From one generation to the next, Second City has cranked out talent with clockwork regularity. “It’s a comedy factory,” says Harold Ramis, a former cast member turned director-writer-actor-producer.

Now it’s Andy St. Clair’s turn. He’s at the Wells Street theater this day for rehearsals for the 97th main stage show, “The Taming of the Flu.”

Tall with a Midwestern geniality, St. Clair, 34, made it to the main stage after working his way up the ranks over six years, much like a rookie moving from the minors to a championship team. So his description of Second City is apt.

“I call it the comedy Yankees,” he says with an easy grin. “When it’s not funny, people are going to be, ‘What’s wrong with the Yankees?’ But when it is funny, they’re going to be, ‘Well, they’re SUPPOSED to be funny. They’re the YANKEES.’”

The origins of Second City read almost like a TV pilot: A group of intellectuals, mostly from the University of Chicago, forms a comedy theater in a run-down former Chinese laundry at the end of the buttoned-down 1950s.

Cue the laughter, right? In this case, yes, this was the start of a 50-year-plus run for a troupe that took its name from a snobby reference to Chicago in an A.J. Liebling piece in the New Yorker. Some early cast members were recruited from the group’s predecessor, the Compass Players, which featured Mike Nichols and Elaine May, known for their legendary comedy skits that helped establish improvisation.

So what’s the key to longevity for a theater that has mushroomed into a $30 million annual business with two locations (Chicago and Toronto), four touring companies, three training centers and alumni that have made a splash on “Saturday Night Live,” ”The Office,” ”30 Rock,” movies and more — in front of and behind the cameras?

“The reason it’s successful is because we stay relevant,” says Andrew Alexander, co-chairman and chief executive officer since 1985.

“Unlike any other theater, it will always be new and different,” she says. “It’s younger people writing what they think. … It’s always current. It can’t get antiquated. It’s not a script from 20 or 30 years ago. It’s theater in the now.”

The revue titles bear that out. Among some recent ones: “Between Barack and a Hard Place” (the president and first lady both saw the show); “No Country for Old White Men”; “Iraqtile Dysfunction.”

The Second City stage is a taboo-free zone, mining humor from Guantanamo and torture, 9/11 and terrorism, and less timely but equally grim subjects such as assassination and death.

Can a plot to bump off then-candidate Barack Obama be funny?

Yes, if it features a character called Sillary Tinton trying to hire an assassin. He declines, confessing he’s smitten by Obama, calling him “just the right amount of black” with a voice that “sounds like sandpaper covered in maple syrup and topped with chocolate chips.”

And death? That’s worth a laugh, too.

Consider a classic skit, “Funeral,” written in the 1960s and still performed on tour. Mourners gather for a funeral and slowly learn from the somber widow how the deceased met his untimely death: His head got stuck in a gallon can of beans.

“The best comedy touches something that’s timeless and universal in people,” Ramis says. “When you hit it right, those things last.”

Pushing the envelope is part of Second City tradition. Just ask Sheldon Patinkin, who has been with the show all 50 years and is now artistic consultant.

He remembers one skit where robbery victims are waiting for Superman and when he arrives, he’s in a wheelchair — shades of Christopher Reeve. “There was shocked silence, then enormous laughter,” Patinkin says.

Another time, the director of a Second City show in Detroit asked Patinkin to screen one sketch to see if he found it offensive. It featured “a really bad standup comedian at Auschwitz. I laughed my head off — after I got over the shock,” says Patinkin, who is Jewish.

“It’s a direct reflection of the audience, commenting on the things that worry them, that concern them and finding some humor in them,” says Bonnie Hunt, a former cast member turned talk-show host, actress and director.

Hunt worked at Second City at night. During the day, she was a cancer nurse. She managed to blend both.

“I thought of Second City as just the greatest therapeutic job anybody could ever dream of having,” says Hunt, who would bring cast members and videos of shows to her patients and heed their suggestions for skits.

In its earlier days, the troupe’s University of Chicago roots meant a certain amount of intellectual humor — a mention, perhaps, of the philosopher Kierkegaard or Milton Friedman’s economics, along with jokes about football or female anatomy.

These days there are more sports and pop culture references, though there is still a heavy emphasis on Chicago, whether it’s the hapless Cubs or the city’s checkered reputation for politics.

One recent special show centered on former Illinois Gov. Rod Blagojevich, facing federal racketeering charges. He watched himself being lampooned as a narcissist fixated on his Beatle-like coif. He even joined the cast on stage one night.

Second City exploded on the national scene in the 1970s with the popularity of “Animal House” and “Saturday Night Live” — both featuring Belushi. The troupe’s Chicago and Toronto casts became a comedy college for future “SNL” casts.

As “SNL” was getting off the ground, another show, “SCTV” in Canada, was introducing comic talents such as Martin Short, Eugene Levy, Catherine O’Hara, Andrea Martin, Dave Thomas, Joe Flaherty and John Candy — all of whom were on Second City’s Toronto stage.

Some of these comics had already worked on the National Lampoon Comedy Hour and Lemmings, which delivered the same brash, topical humor.

While Second City was a training ground for many stars-to-be, in an odd footnote, it also gave Pulitzer Prize-winning playwright David Mamet one of his first paychecks: He was a busboy and played piano for the children’s show.

Second City was then, at it is now, ensemble comedy.

Over the years, the cast has played before its share of celebrities. Among them: Sir Edmund Hillary, the Mount Everest hero, who came with a Sherpa to watch a mountain-climbing skit; Cary Grant; and Groucho Marx. Ramis says the sharp-tonged comedian teased him about the size of his hair and nose, asking if they were fake. They weren’t.

But this is a show for the masses, and it’s the audience that suggests topics for improvisation, and gives thumbs up or down.

“I was booed off the stage — that was not fun,” says George Wendt (”Cheers”), a cast member in the ’70s, recalling a “poor taste” improvisation about nuns, priests and sex. Wendt walked outside, before being called back.

Wendt says improvisation didn’t come easily. “I would find myself staring at suggestions and being a complete dullard,” he says. He was demoted to the touring company, he says, by co-founder Sahlins. “He thought I was playing it too safe,” Wendt says. “He wanted me to loosen up.”

Wendt eventually returned to the main stage. “I had a bit of growing up to do,” he says. “I finally gained some resolve from my first bit of adversity. It was helpful. I recommend getting fired.”

Nia Vardalos (”My Big Fat Greek Wedding”), an actress who was in the Canadian and Chicago casts, remembers when she bombed.

After a skit, the lights went off, cast members retreated backstage momentarily and “it was like the worst feeling I ever had in my life. A minute later, I had to go back out there. It made you tough. The same audience that would scream ‘You suck!’ a minute later would be screaming with laughter. It taught me to persevere, to keep going.”

Vardalos got her Second City gig in an unusual way. She was working in the Toronto box office — she had auditioned three times — and when her duties were over, she’d watch the show. She knew it cold.

One day, she says, a cast member became ill and she made a gutsy move. She told the stage manager she had an Actors’ Equity card, got an on-the-spot audition of a skit, then amazingly went on.

“I went home and sat down on my couch and cried,” she says, thrilled by the opportunity, not knowing what was next. But a star was born.

She was hired for another Canadian cast and later moved to the Chicago troupe.

Most cast members, though, come up through the training centers and a much smaller conservatory, then audition (sometimes several times). They usually start with a touring company or the smaller Chicago stage.

A rare exception was John Belushi, who zoomed straight to the main stage.

“You just couldn’t take your eyes off the guy,” Patinkin says. “He was just wonderful from the beginning. He had no sense of shame.” (Belushi’s brother, Jim, later joined the troupe. Jim’s son, Rob, is now an understudy and appeared in a now-closed Second City show in Las Vegas.)

“Bill Murray was a little harder to tell,” Patinkin says, recalling how the actor would come out for the improvisation with coffee and cigarettes and hang back. “But you were always watching him to see when he’d come up. He had a charisma and magnetism.”

Alexander offers another memory of Murray. “He was not fond of authority in any form,” he says. “There was a certain danger to him. There still is.”

After working with scores of aspiring comic actors, Alexander says there’s no way to “teach somebody to be funny.” But Second City can build confidence; the cast does eight shows a week.

Like any business, not every part succeeds. Second City stages opened and closed in cities including Detroit, Cleveland, Santa Monica, Calif., New York and Las Vegas. In Vegas, Patinkin notes, “one subject couldn’t get laughs — gambling.”

And not every Second City performer ends up in the entertainment business. Many have become homemakers, doctors, lawyers, even cops.

But there’s always that ripple of expectation. Andy St. Clair knows it.

“Sometimes I’ll sign a Playbill,” he says, “and someone will say, ‘I’m going to keep this signature. I look forward to seeing you on “SNL” next year.’ They just make that assumption. … It’s so nice of them. It’s like, ‘I wish you were my agent.’”

Second City is celebrating its 50th anniversary with reunions, panels and shows.

“I don’t see any reason why it shouldn’t go on,” Patinkin says. “Satire is always relevant.”

Maybe someone will be on the Wells Street stage, joking about a guy who died when his head got stuck in a can of beans.