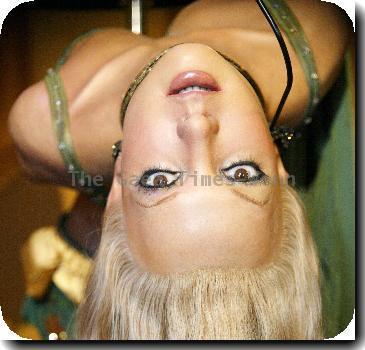 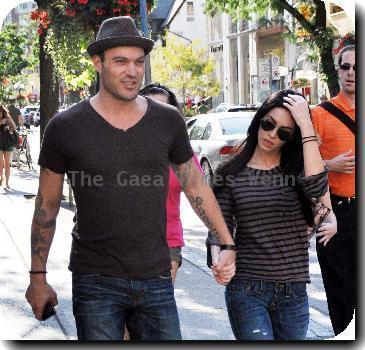 Q&A: 50 Cent gets back to gritty roots on new CD

NEW YORK — To create an album as hard-hitting as his multiplatinum-selling debut, 2003’s “Get Rich or Die Tryin’,” 50 Cent says he had to tap into the troubles he dealt with before he became one of hip-hop’s biggest stars.

So, the 34-year-old rapper wrote about life before he was rich and famous on his fourth studio CD, “Before I Self Destruct,” released this month.

The new CD — which saw many release dates and delays — features collaborations with usual suspects like Eminem and Dr. Dre, as well R. Kelly, Polow Da Don and Ne-Yo, who appears on the latest single, “Baby By Me.”

The Associated Press: In light of your song “Baby By Me,” if you could pick a celebrity to be your “baby mama,” who would it be?

50 Cent: That would probably be an easier question for someone who isn’t a celebrity. I don’t know. Maybe I’d have an interracial relationship with Megan Fox… I’ll get me some Jada and walk around like I’m Will (laughs). Maybe, who else? I’m not really excited by celebrity because I’m a celebrity. People who have a little bit more normalcy can’t understand exactly what it is, but you get accustomed to it and it becomes less interesting.

AP: You say this album is darker and more reflective. Talk about that.

50 Cent: The album itself is darker because it reflects on my experience prior to “Get Rich or Die Tryin’,” so it’s almost the prequel to “Get Rich.” … What I’m drawing from in my experiences is a real young aspect of things, and there’s an innocence to it. The portion of life that a child can’t actually assess. And I write it in my way from an adult’s perspective. It just sounds interesting, but I’m utilizing that youthful mentality in order to create it.

AP: Do you pay attention to the public opinion?

50 Cent: I’ll consider it, but I don’t respect everyone’s opinion. If I did I’d be a nut case. I’d be one of those people they’ve already seen self-destructing. … Britney Spears is a great example because they made a great show out of it when she shaved her head. She was going through her own personal issues and it obviously was a public issue because of the coverage. But they made that the greatest show on earth, seeing her spin out of control… I know they want me, they want the rest of us to be under those circumstances.

AP: How do you make sure opinions don’t affect you negatively?

50 Cent: I’m aware. I’m involved. I’m conscious of what goes on the Internet, different things. Everybody’s tough at the keyboards; can’t nobody hurt them, can’t nobody do nothing to them… everybody has an opinion on the keyboard… I don’t think you should look at all of it. At different points, I’ll look at the response to records, maybe a page, and I’ll allow that page to gauge whether they enjoyed it or not.

AP: The CD is accompanied by a film by the same name. What do you get creatively from working on films versus music?

50 Cent: The depth of storytelling. When I write a song I got three minutes until I reach the overkill point within the night club — that’s when the next song comes on. So there’s no real time for cause and effect, you can just create descriptions, and hope people identify because they understand where you come from or have a concept of who you are based on your presentation. The storytelling process in film projects allow you to create that cause and affect. … The process of reading screenplays is so fun. It’s so visual. Some of them are good, and then you read some and you’re like, “Why did you even send me this? I’m not doing that.”

Background on the President’s Events Today

Background on the President’s Event in Fairfax, Virginia Today

PM Debars Arbib To Appear on a TV Show

A day after Google was reported to be making a move towards social gaming to counter Facebook's ...

Background on the President's Trip to Buffalo, New York Today

REMARKS ON THE ECONOMY AT INDUSTRIAL SUPPORT INC BUFFALO, NY The President will travel to Buffalo, N...