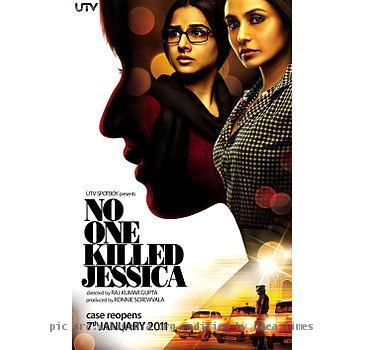 MUMBAI, INDIA (GaeaTimes.com)- The year 2011 has started for Bollywood on a promising note and the much awaited film ‘ No One Killed Jessica’ is sending waves in the media and getting rave reviews almost everywhere. The hard hitting film made on the sensational murder case of Jessica Lall is releasing in India today and it has the elements of becoming one of the most acclaimed and successful films of the year. The premiere of the film took place in Mumbai yesterday and as expected it was attended by most of the bigwigs of Bollywood. The lead actresses of the movie namely Rani Mukherjee and Vidya Balan were also present and they both wore red dresses, with the latter sticking to traditional Indian attire. Vidya Balan had invited Amitabh Bachchan the legendary Bollywood actor and her co star in Paa.

Amitabh Bachchan also wrote in his blog about the invitation he got along with his family for attending the premier of the film ‘No One Killed Jessica’. The veteran actor later said that he was quite impressed by the performance of actress Vidya Balan who essayed the role of Sabrina Lall, the sister of the slain model who fought for justice for over a decade. The actor also met up with actress Rani Mukherji who also acted with hi previously in movies like ‘Bunty Aur Babli’ and Black.

‘No One Killed Jessica’ is the second directorial venture of Rajkumar Gupta who wooed the viewers with his debut film as a director, Aamir. It is not clear whether it will hit the bull’s eye at the box office but the actors will bag a number of awards for their performances in the film.