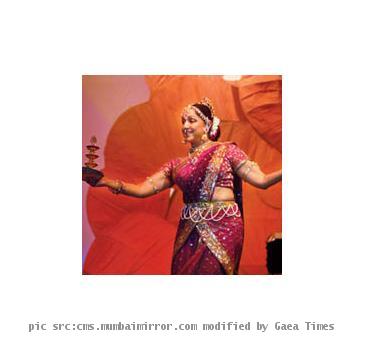 PUNE, INDIA (GaeaTimes.com)- The 22nd Pune Festival was inaugurated on Friday and it turned out to be a star studded affair in the proper sense of the term. The festival was kick started at the Ganesh Kala Krida Rangmanch. The traditional lamp was lit by Farooq Abdullah the Union minister for New and Renewable Energy. Actress and danseuse Hema Malini presented Ganesh Vandana and she was accompanied by her daughters Esha Deol and Ahana Deol. The festive spirit was evident and a special dance and song performance was choreographed by Dhananjay Bhawalekar and Santosh Sankhad. The candidates who performed there were actresses Bhargavi Chirmule and Mrinmayee Deshpande and they got accolades for their job.

The inaugural function of the 22nd Pune Festival had an exciting list of award recipients and guests. Dr Farooq Abdullah was the chief guest at the festival. The awards went to personalities like Dr Cyrus Poonwalla, industrialist Anu Aga and Dr Kishori Amonkar. Suresh Kalmadi was also present and hogged the limelight. The inauguration time was set at 4 pm but since the chief guest arrived a tad late the program began at 4.30. The performers tried to highlight the tradition and culture of Maharashtra at the venue. The performance in general was appreciated but some people expressed the view that it could have been executed better. The major media entities, news channels and reporters from leading dailies wee all present at the venue.

At the inauguration of the 22nd Pune Festival chief guest Dr Farooq Abdullah mentioned the Kashmir issue in his speech. Overall. the festival started on a boisterous note.

Ambassador Car To Get A New Look

KOLKATA, INDIA (GaeaTimes.com)- The iconic Ambassador car made by the Kolkata based Indian autom...

MUMBAI - Five people were killed after their car fell into a river alongside the Mumbai-Pune highway...

Rocky S brings curtains down for PFW in a grand way

Jackie Shroff gets a slice of 'Hero'

PUNE - Bollywood actor Jackie Shroff was transported to the days of his hit film "Hero" when a flaut...