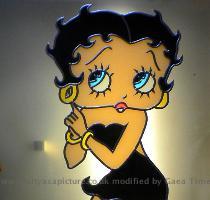 SAN FRANCISCO (GaeaTimes.com)- The campaign launched last week by Facebook to prohibit child abuse has sparked a controversy. The mission which had the message saying that all the human profile pictures on the giant social networking site must be replaced by cartoon pictures from one’s own childhood is still untraceable as per its origins. However, recently there has been a speculation that the message has been implanted by the British charity NSPCC. To add this already existing confusion, the matter assumed a serious note when news spread out that the whole thing is an attempt by pedophiles.

All this started on Facebook itself. Recently there were messages circulating on the web that the initiative for the campaign was taken by the children’s charity organization. Although when it came to the reactions of the NSPCC they simply denied any kind of involvement in the matter. According to sources, the charity organization has said that it really appreciates the kind of work that was launched last week on Facebook adding that these kind of actions are always welcomed by them. However, the grave situation came up when users started discussing among themselves how the cartoon profile pictures could be a possible trap set by the pedophiles.

According to a source, a user was seen reacting to this rumor of the pedophiles to which another replied saying that it would be easily traceable as to which profile belonged to a child by taking note of the fact that which cartoon belongs to which era. The campaign strictly asked Facebook users to paste cartoon pictures from their childhood. The user went to explain that if some one is posting pictures of Spongebob Square Pants it is for sure that its a child, whereas Betty Boop pictures will suggest for an adult.

MELBOURNE - A 34-year-old ruthless father from Bendigo in Victoria has been jailed for 14 years afte...

Mozilla as an open source alternative to the big guns of Microsoft and Apple has grown leaps and...

Social Networking is what's really hot and happening and why shouldn't it be? You can interact, ...

Are you interested to know who viewed your profile? Is somebody spying on you? Want to get hold ...

Gunny Dwooz is a funny cartoon shooting game. There are 10 levels with cool and funny targets, help ...
Copyright© 2010 The Gaea Times