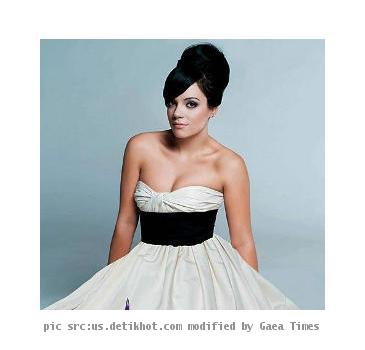 Allen suffered the miscarriage six months into her pregnancy, just after she cancelled her appearance at Sir Elton John’s charity winter ball, reports the Daily Mail.

The 25-year-old, six months pregnant with boyfriend Sam Cooper’s child, was said to be suffering from a viral infection.

Allen was rushed to the hospital on Saturday after complaining of stomach cramps, but the doctors were unable to save her unborn child.

She made a plea in a Tweet to her millions of fans from the hospital, begging them to ’say a little prayer’.

A friend said Allen and Sam were grief-stricken by their loss.

“Lily and Sam are both devastated. She had kept quiet for three months until she had the scan and doctors told her everything was okay. She was understandably so nervous after having had a miscarriage before,” the friend said.

“But as soon as she got the all-clear, she talked to everyone and anyone about how excited she was. It was her dream to become a mum and she loved showing off her bump,” the friend added.

“This is a nightmare for her and Sam. It’s too early to say how she will be able to cope with this. They are both heartbroken,” the friend said.

Allen also lost her unborn baby at four months in 2008.

Many celebrities, including Denise Van Outen, Lorraine Kelly, Myleene Klass and Emma Bunton have posted messages on their Twitter pages sending their deepest sympathies to Allen and Sam. (ANI)