Gaganam to hit the screen by Diwali 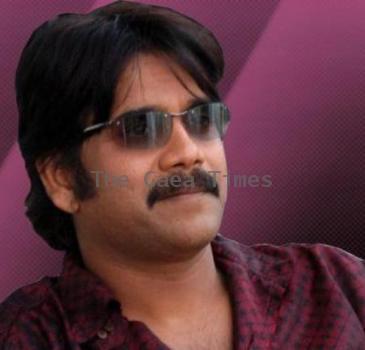 September 22, 2010 (Sampurn Wire): Nagarjuna’s experimental film ‘Gaganam’ directed by Radha Mohan and simultaneously produced in Telugu by Dil Raju on the banner of Sri Venkateswara Creations and in Tamil by Prakash Raj, had completed shooting and post-production formalities long ago and is awaiting release.

The film is based on the subject with hijack in its backdrop and the scenes that come up between Nagarjuna and Prakash Raj would be very interesting. With successive releases of several top heroes films in recent weeks and Dil Raju’s own ‘Brindavanam’ also slated for release on October 8, the producer doesn’t want to put a competition between his own films.

After the announcement of the release of Brindavanam, the producer gave a hint to the media that Nagarjuna’s Gaganam would be released as a Diwali gift. Brahmanandam, Sana Khan, Poonam Kaur, Bharat Reddy, Rishi and others are in the cast. Camera is by KV Guhan, art is by K Kabir, while Sirish and Lakshman are the co-producers.