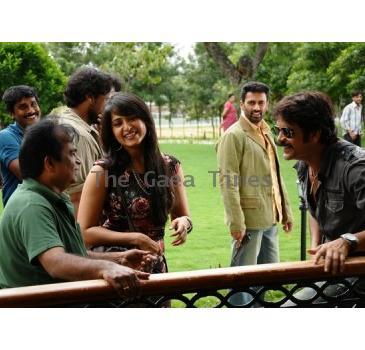 September 20, 2010 (Sampurn Wire): Brahmanandam is one of the most respected comedians of the Telugu film industry and he has worked with almost all the big names of Southern films. The ace comedian maintains good rapport with everyone in the film fraternity. It is a well known fact that Brahmanandam enjoys a special relation with the King of Tollywood Nagarjuna. On numerous occasions Nagarjuna has praised Bhrahmanandam for his superb comic skills.

The film is directed by the maverick director Veeru Potla and it will be released very soon. Our best wishes to the cast and crew of ‘Ragada’.