Dino Morea On a Nostalgic Trip 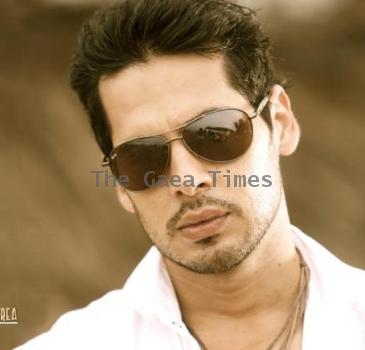 September 13, 2010 (Sampurn Wire): Like some of the renowned models who hail from Bangalore, Raghu Mukerjee, Shakeel Sharief, Prasanna, Carun & Mustafa Hussein et al, many Bollywood actors too have their roots firmly entrenched in the Garden City of Bangalore. Abbas, Keerthi Reddy & Lara Dutta are some of them. Not to speak of the late Funster Mehmood Ali and the entire Khan Clan of Feroz, Sanjay, Akbar, Fardeen and Zayed. Dino Morea is one such actor too, who despite being half Italian, happens to be a Pucca Bangalorean Boy. While he returned from his recent visit to the city, he got nostalgic about his hometown in this interview with Sampurn Wire’s Shaheen Raaj.

“I grew up in Bangalore and I have an Italian Mom who has lived all her life in Bangalore till this date. Needless to say, I did my schooling in Bangalore. We lived near Frazer Town and our house still stands here in all its glory. I went to the Army school initially and then shifted to Clarence High School where I finished my entire schooling. Then I went to St. Joseph’s College and finished my graduation there. So right from the school and college days, I really think that I had the best time of my life in Bangalore. No doubt I was very much into sports and athletics. In fact I always took part in all the school and college sports. Not only these I had a great bunch of college friends and we all used to attend parties, discotheques and have a blast.”

“Honestly, while in Clarence, I was a good boy. Very simple and down to earth. But when I had joined college, I had realized for the first time that bunking could be such great fun. And once again, honestly, I used to bunk college and hang out outside Kamat Girls’ College. In fact, around that time itself or rather when I was in the 10th standard, I had already started dating girls, going out with them. I mean it was such a great fun going to the movies, to the restaurants with them. Apart from Kamat’s College, I and my cronies also used to hang out in an area none other than Brigade road. Yeah! I have learnt so much in my life from my friends in Bangalore and they have even supported me a lot in all my endeavors. In fact, it’s all thanks to them that I am what I am today. Indeed, growing up in Bangalore was so much great fun.

“After finishing my studies I never knew what I would be doing for a living but I was sure of one thing that I wanted to be very rich, make lots of money. So I just went ahead and took part in the Gladrags Mega Manhunt contest. I was jubilant when I was selected as a finalist from the Bangalore Zone. Then I took part in its final round in Mumbai and ultimately won Gladrags Mr. India Crown and my life took a daringly different turn from then on. People started calling me for work to Mumbai but making it very clear that they could not fly me down every time. So if I really wished to work then I had to relocate here. Realizing that I had no other choice , I left Bangalore with a heavy heart and its fondest memories and shifted bag and baggage to Mumbai.”

“Of course, I have visited the city quite often to see my parents and spend Christmas and New Year with them. Bangalore has really grown and become more beautiful and prosperous since those bygone days of mine. May it really prosper & grow more. A couple of years down the line I will go back to Bangalore, settle down there, and make a film about Bangalore, which will be my first ever directorial effort. Not only these, right now I am writing a book on Bangalore, projecting all its past glory, history, mystery, myths & romance of my times. Lastly my parting shot for my entire fellow Bangaloreans would be ‘We are all very cool, let’s just stay that way.”