‘Cyrus Broacha takes a serious stand against a stunt in KKK3! 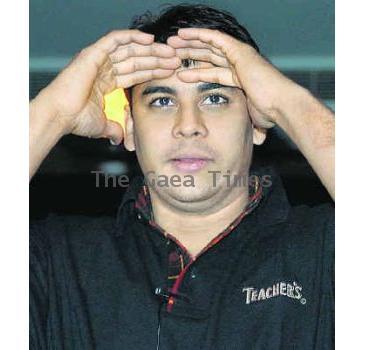 September 21, 2010 (Sampurn Wire): Thew much awaited show ‘Khatron Ke Khiladi’ 3 is already on air and people are enjoying all the daredevil stunts performed by the contestants. The host of the show Priyanka Chopra is not leaving any stone unturned to make the life of Khiladis a hell.

A source says, “Cyrus Broacha, who made a comeback in the wild card episode of ‘Khatron Ke Khiladi x 3’ on Colors, refused to do a stunt on the show where he was required to ride a bull. While all other Khiladis went ahead and performed the dangerous stunt, Cyrus refused as he is against the sport of bull riding.”

“This was amongst the most daring stunt performed on the show and Khiladi Dino Morea suffered some injuries also while attempting the same.” adds source.

Well in this case our Cyrus Broacha, is also a khiladi, cause despite being on the show and standing up for something you don’t believe in is also a Khiladi act.

We are proud of you Cyrus!