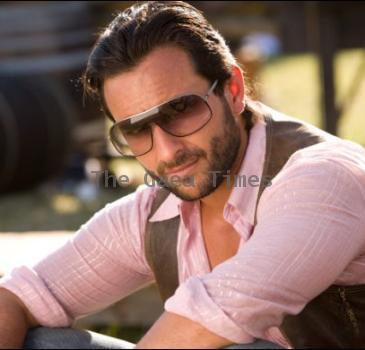 September 4, 2010 (Sampurn Wire): There is a report that Saif Ali Khan, has moved out of the sequel of the blockbuster movie Race and Abhishek Bachchan is likely to take up the role.

The Abbas-Mustan directed movie was a big hit and starred Bipasha Basu, Katrina Kaif, Akshay Khanna, Anil Kapoor and Sameera Reddy in important roles. Bipasha Basu and Katrina were already missing in ‘Race 2’ and now Saif is also moving out.

However, there is a buzz that junior Bachchan will replace Saif but will he be able to match up the attitude of the character played by Saif? Khan left the project because he has got extremely busy with his home production titled ‘Agent Vinod’, which also stars his girlfriend Kareena Kapoor. So, Saif has enough good reason to move out. However, the sequel is expected to have Kareena and her once rival Priyanka Chopra.

‘Race 2’ is still in the scripting stage and Abhishek is still under consideration so who knows what the final cast would be. The filmmakers are trying to keep the original glamorous touch to the sequel also.

Saif has taken the decision at the right time when the movie is still in its pre-production stage and the makers have enough time to decide on his replacement.

Dubai, Nov 17 (IANS/WAM) The UAE and Panama have signed an "open sky" agreement in the Panama City, ...

Saif to jam with Pritam for music awards

MUMBAI - Bollywood star Saif Ali Khan, whose love for music is not a secret, will don his rockstar a...

No Hollywood for Saif Ali Khan

GURGAON - Bollywood star Saif Ali Khan says he has no plans to uproot himself to go and work in Holl...

NEW DELHI - Bollywood megastar Amitabh Bachchan is all set to try his luck at cards this Diwali as h...
Copyright© 2010 The Gaea Times