Boss Engira Bhaskaran Gets U Certificate 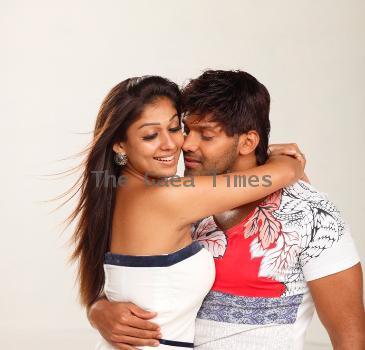 September 2, 2010 (Sampurn Wire): Director Rajesh’s ‘Boss Engira Bhaskaran’ has got a clean ‘U’ certificate. The members of the Central Board of Film Certification watched the film last evening and congratulated Rajesh for making a decorous family entertainer. The film has Arya and Nayanthara in lead roles with Santhanam playing an important role. Yuvan Shankar Raja’s songs have already become chartbusters and the teasers have kept the expectations on higher levels.

Having acquired the project from K. Srinivasan and Arya, producer Udhayanidhi Stalin has decided to release the film on 10th September on the occasion of Ramzan. It will be a long weekend as Saturday will be observed Vinayaga Chaturthi.

Also there will be couple of releases that includes Mammooty - Arjun starrer ‘Vande Mataram and Srikanth -Vishnu starrer ‘Drohi’. The latter film is directed by debutant Sudha, once an associate of filmmaker Manirathnam and is touted to be an action crime drama.