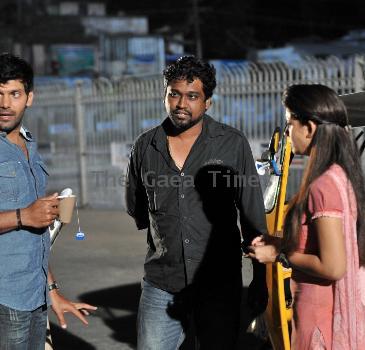 August 30, 2010 (Sampurn Wire): In the recent times, Arya - Nayanthara starrer ‘Boss Engira Bhaskaran’ has become the talk of town with its teasers and songs raising everyone’s expectations. Director Rajesh openly says that the film has 100% entertainment and will be a stress buster for audiences.

The filmmaker makes it clear that his intention is to relieve audiences out of their stress and urge them to watch the film repeatedly. It is very much evident that his previous film ‘Siva Manasula Sakthi’ had audiences watching it more than once.

‘Boss Engira Bhaskaran’ will be a full length comedy entertainer featuring Arya and Nayanthara in lead roles with Jeeva playing a cameo role. Director Rajesh assures that ‘BEB’ will the first comedy film for Arya as the actor’s previous films had been action or romantic genres.

SEOUL - North Korea blamed South Korea for starting an exchange of artillery Tuesday across their bo...

LONDON - A German couple have landed in legal trouble after their bed made too much noise while they...

The Results of the auctions of 10-year State Development Loans, 2020 for Four State Governm...
Copyright© 2010 The Gaea Times