Mammootty Balances Between Work And Religion 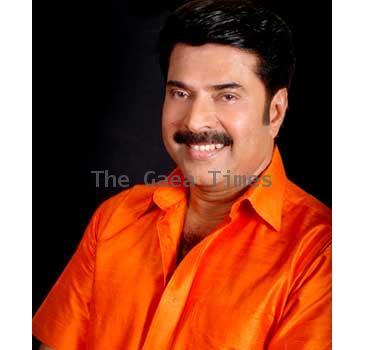 August 28, 2010 (Sampurn Wire): As we all know, it’s the holy month of Ramadan now and all the people having faith in Islam, keep fast for whole day and remain spiritually attached. The same is with Malayalam movie superstar Mammootty, who is staunchly following the rituals even after having lot of assignments in hand.

In Mollywood, Mammootty is one of the busiest actors but he does not miss to follow his religious rituals. The actor was quoted saying that acting is his profession but for this he cannot compromise with his religious beliefs. He added that he continues to perform his duty as a Muslim while doing his acting job simultaneously. For Mammootty, it has become quite a practice since he has been managing both since so many years.

Mammootty is now busy shooting for his upcoming movie ‘Best Actor’, which is being directed by Martin Prakkat, a fashion photographer-turned-director. In this film, Mammootty will be seen as a school teacher, who aspires to act in the movies. The movie will be distributed by Mammootty’s own firm ‘Play House’ and is slated to release in October.

This year, as the festival Onam has coincided with Ramadan, Mammootty starrer Malayalam movie ‘Pranchiyettan’ and ‘The Saint’ release date has been postponed. The film is likely to hit theaters on 7th September, which is also the birthday of Mammootty.

NEW DELHI - If there was sporadic violence in Kashmir Valley, there was also the heartwarming gestur...

Be it Mammootty or common Muslims, Eid-ul-Azha touches all

THIRUVANANTHAPURAM - Malayalam superstar Mammootty wasn't the only one who took a break from work on...

THIRUVANANTHAPURAM - He is neither Mamootty nor Mohanlal but Jagadish, who, with his comic timing an...

THIRUVANANTHAPURAM - The three-day long Hay Festival began in Thiruvananthapuram with many eminent a...

THIRUVANANTHAPURAM - Kerala became an important destination on the world literature map Friday with ...

I'd love to do a Malayalam film with Mammootty: Dimple Kapadia

THIRUVANANTHAPURAM - Seasoned Bollywood actress Dimple Kapadia Thursday expressed her desire to do a...

Mumbai Film Festival yet to be foreigners' festival: Suhasini Ratnam

MUMBAI - The Mumbai Film Festival has become the second best such event in India, but it is not so p...

THIRUVANANTHAPURAM - Malayalam superstar Mammootty compares himself to a "hard working farmer" who j...