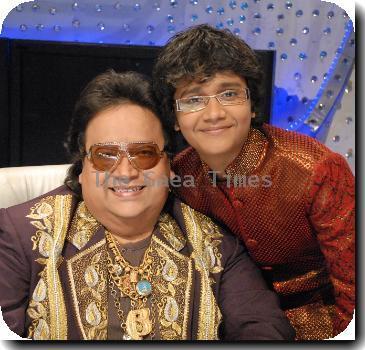 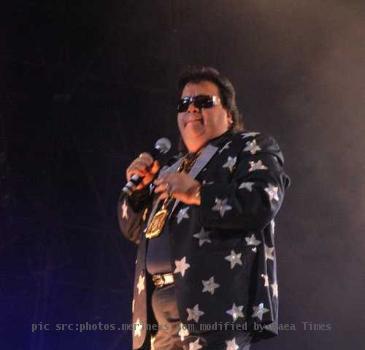 DUBAI (GaeaTimes.com)- The pioneer of disco music in Indian cinema, Bappi Lahiri set the stage on fire in Dubai with his marvelous performances at the Mirchi Night Club at Ramee Royal last Saturday, August 21, 2010. The crowd went crazy listening to his breathtaking performances. DJ Akhil Talreja also played some remix tracks and made the audience dance to his tunes.

The veteran music director, Bappi Lahiri was popular in 1980s with films like “Disco Dancer”, “Namak Halaal” and “Sharaabi”, to name a few. The music director and singer made the crowd groove with his tunes with his brilliant compositions. Bappi Lahiri then made appearance on the stage and the crowd enjoyed his performance to its fullest. The singer sang his classic melodies like “Tamma Tamma”, “Tujhe zarurat mere jaise”, “Naacho chamaa”, to name a few. Later his son Bappa Lahiri also joined him on stage and the duo entertained the crowd and drove them crazy with their performances.

DJ Akhil Talreja and Bappi Lahiri made the night worth remembering for the Dubai crowd with their mind blowing compositions. The media reports that a source close to DJ Akhil Talreja said that the duo would cherish the night throughout their life. Bappi Lahiri and DJ Akhil Talreja also visited some of the African Pubs in Dubai where they enjoyed live performances of other African teamed bands. Bappi Lahiri is all set to make a guest appearance on Sony Television on the show “Baat Hamari Pakki Hai”. The channel has planned three hour special episode of “Baat Hamari Pakki Hai” where many celebrities will grace the wedding of lead characters Saachi and Shravan.