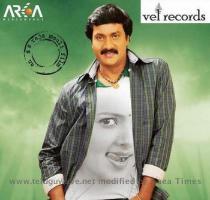 HYDERABAD, INDIA (GaeaTimes.com) S.S. Rajamoulli is back. Maryada Ramanna is his second venture. The young and dynamic Sunil and Saloni will be playing the lead. Sunil is a well known comedian and lately has turned up as an actor. The movie will hit the market with 300 prints. Reportedly the numbers have been incremented to 325 latest. The film is based upon the Rayalaseema district. The movie has whole lot of mystifying twists. I will share few of them with you.

Rayalaseema is known for factionism and violence. But is also known for cordiality. Maryada Ramanna is about a man who is torn with his two extremities of violence and hospitality. Let’s a take an insight of what the story is all about. Hero’s father and villain’s brother kill each other (in flashback). Villain is in village looking out for hero to return so that he could kill him. Hero is unaware about the flashback and whales away his time in town. One day, hero comes to village and stay in villain’s home. Villain initialy doesn’t know that he is the same guy he was looking for. Villain is great at hospitality. He decides that he would honor hero as long as he stays in his house and hunt him down as soon as he steps out. The rest of the story is about what happens when hero comes to know about it (interval bang). I am excited with the story of the movie. There is neither violence nor vulgarity in this movie. Telugammai song is going to be the backbone of Maryada Ramanna album.

“It’s a small BIG film” as per Sunil. Reportedly, Rajamouli completed the movie within the budget and within the time-frame and being a budget-conscious director has made every rupee count. i have my fingers crossed to see how hard it bangs on the box office. Why are you still sitting here, book your tickets right away.