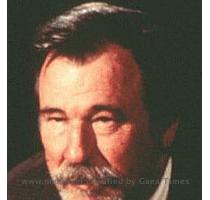 CALIFORNIA (GaeaTimes.com)- The famous character actor of television and films, James Gammon breathed his last on Friday at his daughter’s house at Costa Mesa, California. James Gammon was 70-years-old and was staying at his daughter place with his wife Nancy for some time now. The death of the actor was confirmed to media sources by the family. He was surrounded by close family members at the time of his death. The actor was suffering from cancer in adrenal glands and liver.

James Gammon’s gravy voice had always distinguished him from other actors. He had acted in many television series and film projects and is known best for his role in “Major League” and “Cold Mountain”. However, it is his role on stage that made him a favorite with his fans and other actors. On Saturday, Tom Bower actor and friend of James Gammon remembered the actor as a person who had a God Gifted voice which did magic on stage. While he could do King Lear on stage due to his grave tonal quality, “he was more often thought of as the gnarly, western guy”.