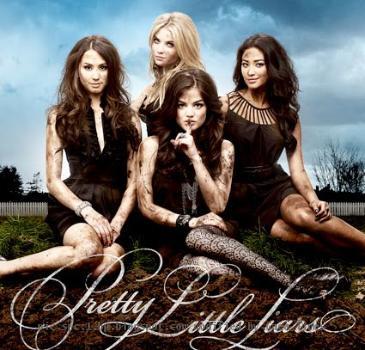 “Pretty Little Liars Season 2” started with the union of four friends who are worried and bond together to deal with Alison’s death. The unknown “A”, an has not yet stopped bothering and sending messages to them even though they have . The suspense takes a new turn when Jenna returns to Rosehood to remind them of their dark secrets of the past. Aria Montgomery tries to avoid Ezra but somehow fails to do so and Spencer Hastings is fond of her sister’s fiance Wren. This situations give birth to lot of complications in their life and the episode ends with the revelation of the secret of “the Jenna thing”. The viewers loved the role of the pretty girls starring Troian Avery Bellisario (Spencer Hastings), Ashley Benson (Hanna Martin), Lucy Hale (Aria Montgomery) and Shay Mitchell (Emily Fields) who manages to keep alive the charm and perfection in their roles, the role of Jenna is played by Tammin Sursok.

The “Pretty Little Liars Season 2” has gathered recorded number of audience and hopefully the next episodes will also manage to keep the flame of this popularity alive. This mystery drama is produced by Alloy Entertainment in association with Warner Horizon television and the executive producers are I. Marlene King, Oliver Goldstick, Leslie Morgenstein and Bob Levy.

How a drop of blood can reveal your age

LONDON - Researchers based in the Netherlands have reported a genetic signature for a person's age -...

LONDON - Rupert Grint thinks he would have become an artist if he had not decided to pursue an actin...
Copyright© 2010 The Gaea Times