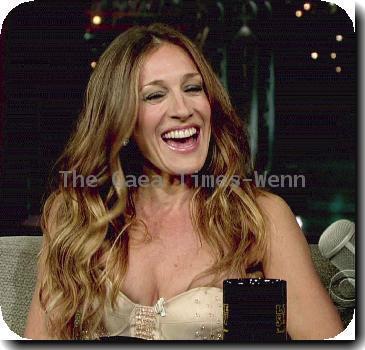 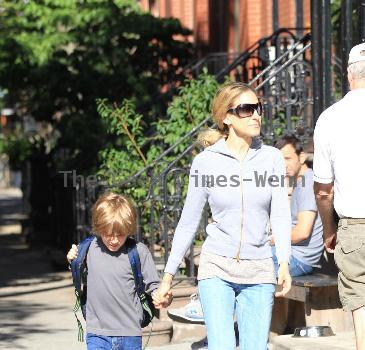 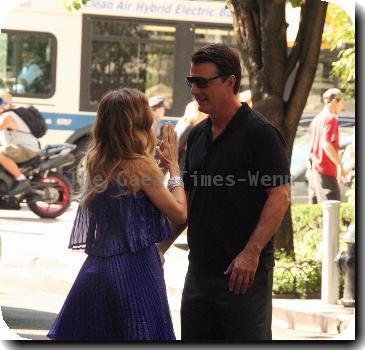 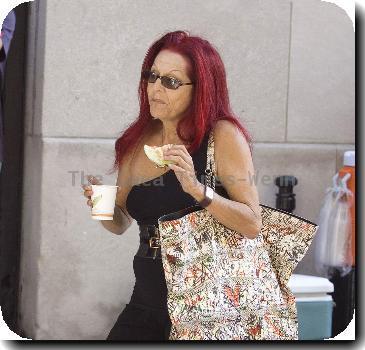 NEW YORK — Marc Jacobs took home the big prize as the top talent in womenswear at the Council of Fashion Designers of America awards Monday night, but the big moment on stage at Lincoln Center was Sarah Jessica Parker’s tribute to the late Alexander McQueen.

Parker told a celebrity-studded crowd that included Gwyneth Paltrow, Jessica Biel and Rachel Weisz that it was with “honor and great regret” that she was there to mark the contribution and creativity the designer gave to his industry. “I would have loved to see what he would do next,” she said.

Parker wore a purple-and-pink print gown from the pre-fall collection that she said was hand-selected for her by the house’s new designer — and former McQueen assistant — Sarah Burton.

After her remarks, a parade of somber models presented McQueen’s final fashion collection for the upcoming fall season, which was rooted in several heavily embroidered, dramatic styles topped by feather-mohawk headpieces.

The audience reserved its one standing ovation of the evening, however, for Michael Kors, who received a lifetime achievement award from Vogue editor-in-chief Anna Wintour.

Wintour, a friend of Kors for almost three decades, recalled several funny stories about the “Project Runway” judge who is known in fashion circles for his sunny disposition. The best one: On a vacation to Jamaica that had been mostly mired in rain, Kors headed straight for the ocean for a quick dip when the skies cleared. He ended up bobbing for hours in the water, though, because he realized — after it was too late — that Ralph Lauren was directly on the beach in front of him and Kors didn’t want to be seen in his swimsuit.

Wintour also shared the tidbit that Kors is an aspiring Broadway producer.

Kors, who had brought Paltrow — who wore a one-shoulder, black beaded gown — as his date, said he was “blown away” when the CFDA called to tell him of his award: “I thought to myself, ‘I’m just a kid. How did this happen?’”

The CFDA devotes a good chunk of its annual awards, considered the top honors in American fashion, to its young, emerging talent. Winners of the Swarovski awards were Jason Wu, who designed Michelle Obama’s inaugural gown, in the womenswear category, Richard Chai for menswear and Alexander Wang for accessories.

Wu arrived on the red carpet with Weisz, who wore one of his designs — a purple dress with photo-style floral print.

“Now that I’ve taken her here, maybe she’ll take me to the Oscars,” Wu said.

Jacobs is known as the U.S. leader in fashion trends, but he had a four-year losing streak going into the night and hadn’t won the womenswear award since 1997. (He did win for accessory design in 1998, 2003 and 2005, for menswear in 2002, and the international award for his work at Louis Vuitton last year.)

Model-turned-cosmetics mogul Iman received the fashion-icon award, presented to her by longtime friend Isabella Rossellini. Wearing a custom-made, black strapless Giambattista Valli, Iman joked that now she could tell her rock star husband David Bowie, “Move over, you’re not the only icon in the house.”

—Christopher Bailey for Burberry for the international award

—Ralph Lauren for the popular vote award, chosen by the public in an online poll

WASHINGTON - A federal judge ordered Gawker to take down excerpts the website posted from Sarah Pal...
Copyright© 2010 The Gaea Times