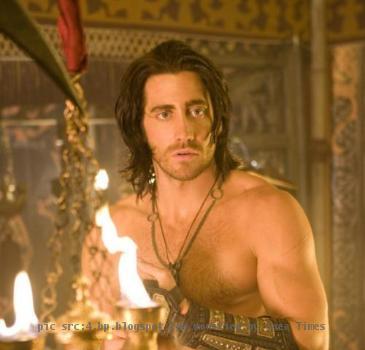 LOS ANGELES (GaeaTimes.com)- Video games being adapted to movies may not have clicked with the audience in the past but “Prince of Persia” may well change all of that, at least that is what the critics sitting in Hollywood are expecting. While most video game stories show a very weak storyline, “Prince of Persia” starring Jake Gyllenhaal in the lead has generated a lot of attention even before its release.

Producers claim that the movie has a lot of action lined up that involves some very beautiful women. What is more interesting is that “Prince of Persia” also boasts about a good script and some amazing visuals that may well challenge “Avatar”. The promos show that the film has been modeled on “Indiana Jones”, so it can be expected that the audience will love the movie. Jake Gyllenhaal plays the character of Datsun in the movie version of “Prince of Persia”, a character which had almost been immortalized by the Canadian company ‘Ubisoft’ which had created the video game many years back.

The ratings as far are very impressive with critics saying that Gemma Arterton plays the character of Princess Tamina beautifully in the film version of “Prince of Persia”. Her role in the film has been changed to a stronger woman than was seen in the popular video game. However critics have also warned that the audience should not expect very intelligent stuff from the film. “Prince of Persia” is a big budget action movie which producers made in order to bring back big money to their coffers. Therefore the audience can expect more look than content from the movie.