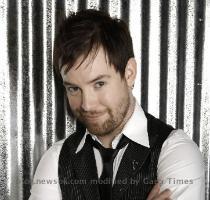 SAN FRANCISCO (GaeaTimes.com)- A curious absence on American Idol Season 9 Finale was Season 7 American Idol winner David Cook. His absence not only disappointed his fans but also gave rise to a lot of speculation behind its cause. The highlight of the show was the tribute that all season finalists performed for departing judge Simon Cowell. All American Idol winners including Kelly Clarkson, Carrie Underwood and Kris Allen and popular ‘Idols’ paid tribute to the meticulous judge. The abuzz rumor mills were put to rest when it was revealed that David Cook had a commitment in a charity event in Kansas City.

David Cook lost his brother to cancer and then on has been active in charitable organizations which are cancer-related. He though gave a public message to the winner and later tweeted that his spirit was at the finale. A small but ironical mistake in his tweet was immediately corrected and the blame was passed to the predictive text software.

The American Idol Season 9 Finale was marked by some extraordinary performances and guest appearances. The other highlights of the show was Paula Abdul’s return as the judge and a touching speech for Simon Cowell. The group song which David Cook missed out on was Delta Goodrem’s ‘Together We Are One’. Another curious absence was popular idol Adam Lambert who was the Season 8 runner up of American Idol. The gossip doing the rounds is that he failed to turn up for the rehearsal and was axed from the group performance. His representative though said that he was under a vocal rest.

NEW DELHI - Britain's Defence Secretary Liam Fox has said that the perpetrators of the 2008 Mumbai t...
Copyright© 2010 The Gaea Times