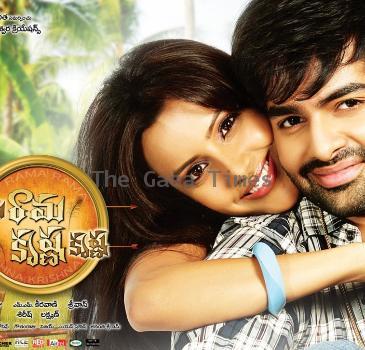 May 07, 2010 (Sampurn Wire): Ram, Priya Anand, and Bindu Madhavi are playing the lead in ‘Rama Rama… Krishna Krishna…’ directed by Srivas and produced by Dil Raju on the banner of Sri Venkateswara Creations. The film had completed shooting and post-production formalities recently and is getting ready for release by May 12.

Speaking on the occasion, director Srivas says, ‘There is a massive response to the trailers released recently. The hero’s name in the film is Ramakrishna. He had the qualities of Rama, who stand by his word and Krishna, who could make people believe that he could do anything. As a whole the character had two different shades. Arjun is playing another key role and the combination scenes between the two would be quite interesting. Brahmanandam’s role would evoke lots of comedy. The song on Sankranti would bring to front the festival spirits before the audiences.’

Dil Raju says, ‘We had just completed a song choreographed on the hero and heroines under the choreography of Prem Rakshit. We will soon complete the censor formalities. We are making efforts to release the film on May 12. It is an out and out commercial entertainer from our banner. The film will have action, entertainment and sentiment in equal shares. Keeravani’s tunes would be the highlight of the movie. There was an excellent response to the audio released recently. The re-recording would also be completed in the next four days.’