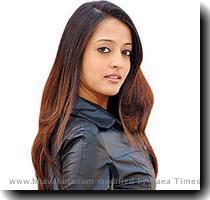 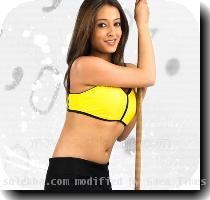 MUMBAI - Aparna Sen, whose long-awaited film “The Japanese Wife” will soon be seen in the theatres, says she couldn’t trust anyone but old favourite Rahul Bose to play Snehamoy, the Sundarbans schoolteacher who falls in love with a woman he’s never met.

“To play Snehamoy, I needed an actor who would give me 200 percent,” Sen, who gets back to direction after “15 Park Avenue”, told IANS in an interview.

“What is very difficult about Snehamoy’s character is that he is a humdrum little man and yet he has something extremely extraordinary in that humdrum life. He has a Japanese wife whom he has never met. The bizarreness of the whole premise is utterly charming. It was difficult to trust anyone with that character except Rahul.”

“You know what happens… a kind of understanding establishes and then it becomes very easy to work with that same actor. Many directors have done this. Satyajit Ray had used Soumitra Chatterjee in so many films,” she said.

“The Japanese Wife”, based on a book by Kunal Basu, revolves around Snehamoy, a schoolteacher in the interiors of Sundarbans, West Bengal, and Migaya (Chigusa Takaku). They start off as pen pals, fall in love and even get married through letters. They don’t meet each other even through 15 years of marriage.

Prior to “The Japanese Wife”, the story of every film the award-wining director had directed was her own.

“See, I would not be able to do anyone’s story because I have always done film on my own story. In this case Kunal Basu and me… our mindset was similar. When I read the story, I used to often discuss it with Kunal. I used to send him my script at certain points. We talked over phone, exchanged SMSes, etc.

“I found it very easy to remain true to his story while I was fleshing it out. The film, of course, has its nuances. For instance, he didn’t give the widow (played by Raima Sen in the film) a name in his story - as if it was a trivial character. In the film, I have given her a name and importance to her character too,” said Sen.

Sen’s story has some resemblance to Anjan Dutta’s Bengali play “Priyo Bondu”, where two classmates start communicating through letters. They continue even when they are middle-aged. In due course, they realise they are in love with each other but prefer to maintain the relationship over letters.

Asked to comment on that, she said: “I have also heard ‘Priyo Bondhu’. There they have met each other. In ‘The Japanese Wife’, they don’t meet until the end of the story.”

Though she has earlier acted in her directorial ventures like “Paroma” and “Paromitar Ek Din”, Sen now finds it difficult. And that is why, she said, she roped in Moushumi Chatterjee to play Maashi in the “The Japanese Wife”.

“You know it’s too much trouble directing and acting in the same film. Even in ‘Iti Mrinalini’, I have acted. But here I thought Moushumi is far more suitable than me.

“Moushumi has a very good sense of timing that makes her a very good actor also. Her eyes sparkle all the time. I wanted someone very vibrant and she was the only person I could think of. Where Rahul and Raima are very shy, don’t talk too much, she is like a contrast to all of them,” she added.

“She can’t speak a word of English so I directed her through interpreters. I don’t know Japanese. Even when she came India for shooting, we had to keep interpreters for her. A girl studying Japanese in Santiniketan used to stay with her like a shadow. I was scared… what if she falls sick in the middle of the night, she won’t be able to convey that to anyone.”