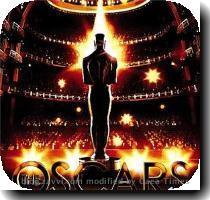 LOS ANGELES (GaeaTimes.com)- The Oscar winners 2010 were all awarded in the Kodak Theatre at the 82nd Academy Awards ceremony. For some it was their first Oscar and for some, a winning glory after a series of nominations which had left them empty handed. The first timers at Oscars included Kathryn Bigelow is the name followed by Jeff Bridges , T BoneBurneet and Ryan Bingham. Kathryn Bigelow won it for “The Hurt Locker” which also won the Best Motion Picture award. Jeff Bridges , T Bone Burnett and Ryan Bingham won it for ‘Crazy Heart’. ‘The Hurt Locker’ was all over the Oscars with their win over six categories namely Best Film, Best Director along with Best Original Screenplay by Mark Boal and the in Film Editing and Sound Mixing and Editing.

The much talked about ‘Avatar’ had its win in two of the award categories at Oscars, namely the “Best Visual Effects” and the “Best Cinematography”. Disney’s ‘Up’ was selected to be the winner among all animated movies. Following ‘Up’ was ‘Loghoroma,’ which was awarded to be the best animated short film. The best award in the make up category went to Barney Burman, Mindy Hall and Joel Harlow for “Star Trek”. ‘The New Tenants’ by Joachim Back was chosen to be the best short film.