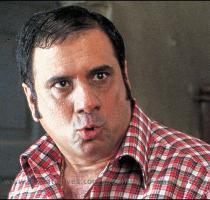 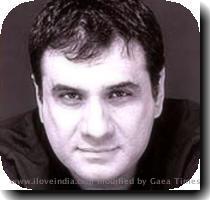 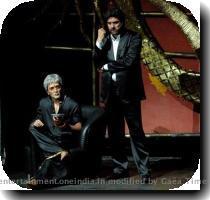 MUMBAI - Riteish Deshmukh, who was seen in a TV reporter’s avatar in “Rann”, is not interested in doing sex comedies any more and says he and director Milap Zaveri have settled for a “mellow expression” in the forthcoming release “Jaane Kahan Se Aayi Hai”.

“I won’t do any more sex comedies. It started with ‘Masti’ (2004). Now six years down the line the ‘Masti’ writer, Milap Zaveri, who’s a dear friend, has turned director with ‘Jaane Kahan Se Aayi Hai’ and there’s absolutely no sex or double-meaning dialogues in it,” Riteish, who featured in sex comedies like “Masti” and “Kya Kool Hain Hum”, told IANS.

Riteish has teamed up with his “Aladin” co-star Jacqueline Fernandez in “Jaane Kahan Se Aayi Hai”. The film’s release date will be April 9 because six years ago on the same date “Masti” had been released and Zaveri wanted his directorial debut to hit the screens on the same date.

He and Milap are long-time collaborators. Milap even scripted his lines for the International Indian Film Academy (IIFA) Awards function that he hosted with Boman Irani.

“I think Milap’s sense of humour and quips suit me. We may have gone over-the-top in ‘Masti’, but now we’ve both settled down to a mellow expression in ‘Jaane To Kahan Se Aayi Hai’,” he said.

Riteish is making sure that nothing corny or controversial comes his way.

“After Sajid Khan’s ‘Housefull’, I haven’t signed anything except ‘Dhamaal 2′ which is not a sex comedy. How can it be, when it features no female actors? That apart, I’m planning something again with Ram Gopal Varma. Ramuji knows how to use me well on screen. Each time we’ve done something different. This time would be no different.”

Talking about “Housefull”, he said: “Akshay and I work in a casino in ‘Housefull’. Any table that Akshay touches ends up having losers on it.”

For the first time the actor has taken off his clothes in “Housefull”.

“Sajid Khan said, ‘Enough female skin. I want to show male skin now. I told him to hold the song until the end of the schedule so I could work towards building my body for the sequence on the beach,” said Riteish, who will flaunt his six-pack in the movie.

Finally, the mandatory question on his friendship with Genelia d’Souza.

“Can’t I give you my mandatory answer? Then I’ll say we’ve been friends from the time we did ‘Tujhe Meri Kasam’ together. And so it shall remain. The profile of our friendship is not going to change.”