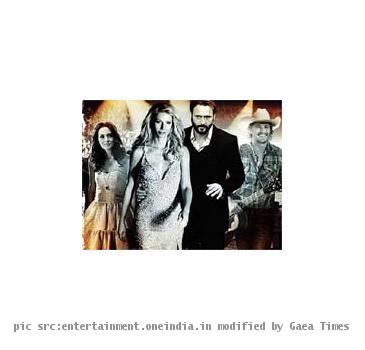 LOS ANGELES (GaeaTimes.com)- Highly anticipated movie “Country Strong” hit theaters on Friday and the movie has already received rave reviews from critics and audience. The film is about a country singer Kelly Canter and the role is played by singer cum actress Gwyneth Paltrow. American filmmaker Shana Feste has written and directed the movie and in one of the interviews, the director said that singer Britney Spears is the inspiration for Gwyneth Paltrow’s character in the movie. The critics are all in praises for the actress and the protagonist of the movie also said that her experience while filming the movie was “awesome”.

In “Country Strong“, the protagonist Kelly Canter struggles with her addiction and the story outlines the trials and tribulations that she faces while overcoming it. Gwyneth Paltrow said that working with Tim McGraw was a wonderful experience. Gwyneth Paltrow sang the title track of the movie last year at Country Music Awards and described the song as a “soulful modern” country song.