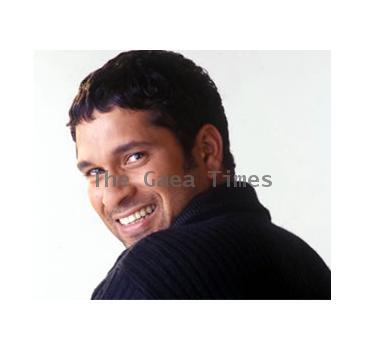 September 29, 2010 (Sampurn Wire): It was reported yesterday that legendary Indian cricketer Sachin Tendulkar is acting in filmmaker Vidhu Vinod Chopra’s upcoming film Ferrari Ki Sawaari. But now, the cricketer has denied it totally and said that he is not acting in any movie.

Many media houses reported the news of Sachin acting alongside Boman Irani and Sharman Joshi. But Sachin has rubbished all such claims of his acting debut.

Tendulkar posted on his Twitter page that his one answer to the questions asked my many is that he is not acting in any film. The international record breaking cricketer added that the Australian series is going to start and it will be very challenging so he is just concentrating on that.

It seems Sachin as usual knows his goal very well and is in no mood to divert his attention from the game at this crucial moment. We must say he has taken a right decision by denying acting in any film now because he has lots of cricket in him till today. So, the country can gain more from him as a cricketer and acting can wait for some more years when he finally decides to quit the game!

There was a report that Sachin was given a narration of the script of the film by producer Vidhu Vinod Chopra and he liked it.

NAGPUR - Rahul Dravid struck a classy 191 as India declared their first innings at 566 for eight and...

NAGPUR - Rahul Dravid smashed his 31st Test century as India reached 386 for five at lunch on the th...

NAGPUR - India's top four batsmen struck half centuries as the hosts took control at the end of the ...

NAGPUR - India were 292 for two in their first innings at stumps on the second day of the third and ...

India in drivers seat against New Zealand in Nagpur Test

MUMBAI - Five people were killed after their car fell into a river alongside the Mumbai-Pune highway...