Manisha Koirala To Skip World Premiere Of I Am 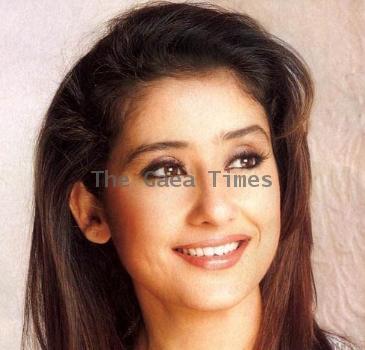 September 15, 2010 (Sampurn Wire): Bollywood actress Manisha Koirala has got her leg injured and the doctor has advised her to take bed rest. As a result, the actress will not be able to attend the world premiere of her next film I Am at the New York film festival ‘Engendered’.

Confirming the news, the director-producer Onir said that Manisha was set to join the team of Purab Kohli, Sanjay Suri and Arjun Mathur to attend the premiere of I Am but unfortunately, she won’t be able to turn up. He added that Manisha has hurt her leg and is asked to stay bedridden for a few weeks.

Onir further said that he wanted to have at least one actor from each story of the movie to stay present at the premiere in the festival but now there will not even a single actor from I Am Megha. Manisha was playing an important role in this story, which also starred Juhi Chawla.

The 40 year old actress is now in Nepal to celebrate the traditional festival Teej, which is first of her after the marriage. The actress was also quoted confirming the news of her injury. She said that she slipped and twisted her ankle. She added that she is limping now and had been advised not to put much pressure on her foot.

Hope the actress gets well soon to enjoy the success story of her film, which also stars Rahul Bose and Nandita Das in vital roles.

Tourism picks up in Nainital

NAINITAL - Tourism has picked up in Nainital, as the hill station is experiencing a rush of tourist...

Bhupen Hazarika's ad shoot kicks off a row in Assam

GUWAHATI - Music maestro Bhupen Hazarika and his companion Kalpana Lajmi are mired in a blazing cont...

Himachal to link shrine with ropeway

SHIMLA - The Himachal Pradesh government has decided to link a Hindu shrine in Hamirpur district wit...

NEW DELHI - It's that time of the year when women in many parts of north India, including the capita...

September 22, 2010 (Sampurn Wire): The upcoming Malayalam movie Electra has come under the wrath of ...
Copyright© 2010 The Gaea Times