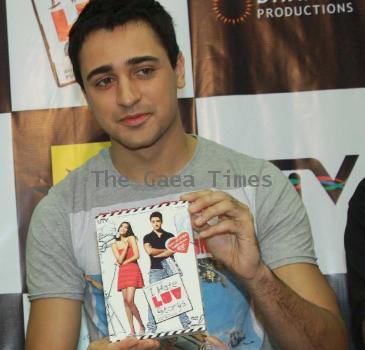 On the occasion of the launch event, Mr. Amit Gupta, COO – Planet M said, “It feels great about being associated with the film and actor Imran Khan who is today’s youth icon. Since many years, Planet M is the number 1 brand in music and movies. We are now headed to excel in gaming too.”

“I Hate Luv Storys” is a story about Simran (Sonam Kapoor) who loves Bollywood romances and Jay (Imran Khan), an assistant to a director who is famous for his love story films; however, Jay hates love stories. Things get worse when Jay is made to work under the new production designer for the film. Simran, with whom he shares the strangest first encounter. With each day on set proving to be a challenge, Simran insists on making life hell for Jay at work, but unwittingly, she starts to fall in love with Jay, inadvertently mistaking their growing friendship for love.