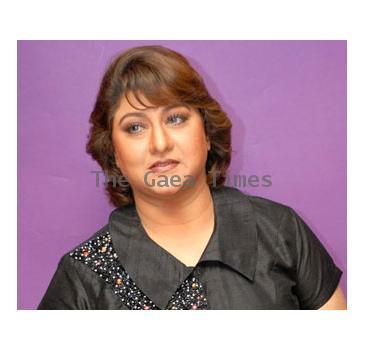 August 24, 2010 (Sampurn Wire): Actress Malashri, who is also known as the lady bond of Kannada films, is coming back with a new movie titled Veera. The actress had her last action movie in 2009, which was titled Kannada da Kiran Bedi. She was seen in a double role in this movie.

The movie is supposed to be based on her character but the title suggests being a male name. On this, the most successful actress of Kannada film industry Malashri said that the suspense of the movie lies in it.

After marrying producer Ramu, the actress went for a long hiatus till 2009. Now, mother of two kids will reappear in the industry with another powerful performance. Malashri, the action heroine of Kannada cinema, has already completed one schedule of Veera. Kiran Srinivas, the handsome hero of Haage Summane will be seen playing a romantic character in the movie Veera starring Malashri.

MK Sharma is directing this movie and he has planned a twenty days schedule of which 15 days will be dedicated only to shoot the stunts like chase and action scenes. The unit of Veera will be moving to abroad in September for shooting the next schedule.

The dialogues in the movie are penned by the well known director Ravi Srivatsa. Rajesh Bombay will be handling the camera and the music has been composed by Vardhan. The film has three stunt composers named Raki Rajesh, Ram Lakshman and Vijay.