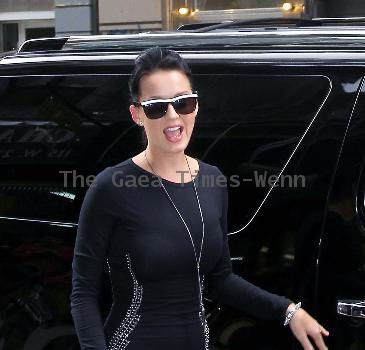 more images
LOS ANGELES (GaeaTimes.com)- Pop star and style icon Katy Perry has released her latest single ‘Teenage Dream‘ video that is a sneak peek for the audience of her upcoming album of the same name. The latest videos is a far cry from the scandalous style of Katy Perry with the tongue in cheek sexuality that was shown in the earlier videos. The video premiered on MTV on August 10 and became a hot search on the web ever since. Katy Perry also performed the song in front of the young crowd at the Teen Choice Awards.

The sexy pop star opened the Teen Choice Awards with the performance that set the mood for the night on Sunday. In spite of the sexy tag and the provocative side to the earlier videos, Katy Perry asserted that she was still a teenager within as her stage performance of ‘Teenage Dream‘ included a flashy red heart and dancers who represented high school stereotypes. She told that the audience that she felt like the popular girl in high school on the show and it is her chance to go back to high school.

The ‘Teenage Dream‘ video that was released on MTV also showed a different side of the California Lifestyle with sun kissed parties, long drives and secretly making out. The song itself is a much more subdued one where Katy Perry has got the chance to show her real vocal skills. The video was directed by Yoann Lemoine and was shot in Katy Perry’s hometown Santa Barbara.