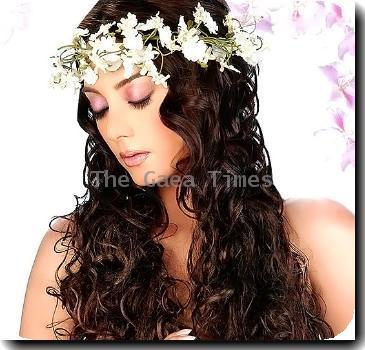 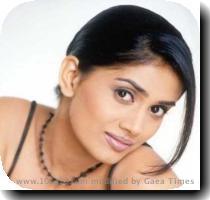 Drawn from the innermost recesses of its extraordinarily versatile, profound and prolific creator’s mind, somewhat like the water that emerges from Boman Irani’s well at the end of this delicately-drawn satire on babu-giri and red tapism, “Well Done Abba” is a little sparkling gem of a film.

Its humour, warmth and tenderness are not as easily obtainable as in Benegal’s last comedy “Welcome To Sajjanpur” which was far more readily and immediately engaging.

“Well Done Abba” takes longer to settle and sink into our satiated sensibilities. Long parts of the film describing the Hyderabadi protagonist Armaan Ali (Boman Irani)’s close encounters with babu-giri and the bewildering maze of the bureaucracy (somewhat like Pankaj Kapoor in the serial “Office Office”) are done with a sense of insouciant indulgence that takes the bite away from the cruelty of watching a man run from one musty office to another trying to get a well dug into his parched backyard.

Everyone wants a bribe. No one wants to do what’s right. A world waiting for water to emerge from Mother Earth was recently created in Shyam Benegal’s nephew Dev Benegal’s “Road Movie”.

Unlike Dev’s film Shyam Benegal’s parable on a soul waiting to be nurtured never remains as dry as the landscape it describes.

Thirsty, famished Hyderabad is no strange hinterland to the ultra-perceptive Benegal. One of his first feature films “Ankur” (still considered by many to be his finest) was set in rural Hyderabad. It was real grim and relentlessly dark in showing subjugation and injustice. Now Shyam has mellowed. His vision is far more forgiving of our bureaucratic trespasses. He even chuckles over sex through the characters of Ravi Kissen and Sonali Kulkarni who are forever at it.

Cinematographer Rajen Kothari goes through the cluttered lanes of old Hyderabad with jaunty steps. No one is looking for despair here. It’s a life lived at the edges with a zest to seize the day.

The flawed and aberrant characters in “Well Done Abba”, ranging from the embittered police inspector (brilliantly played by the Benegal regular Rajit Kapoor), to the self-serving but not evil politician (Rajendra Gupta) are characters who move dexterously away from the realm of the grotesque and caricature to becoming signs and representatives of our times.

Standing non-judgementally over the delicate satire, Shyam Benegal seems to say… this is the way we are, what to do?

Benegal’s characters are not hopeless losers. The director with some skilfully subtle sensitive and sharp writing from screenwriter Ashok Mishra lifts his people from the clammy clutches of corruption and dejection. These are people who exude the sweaty aroma of lived-in people eking out a dignified life from the morass of anarchy.

Benegal’s narration is steady, tender and in no hurry to make its point. The pace is even and delightfully devoid of anxieties, but sometimes far too crowded with inner explanations. The canvas is crammed with semi-pivotal characters in the bureaucracy. We are subjected to vignettes from the bureaucrats’ home life which seem to unnecessary prolong the film’s inevitable progress towards a triumphant finale.

Boman Irani in both his avatars as the Armaan Ali and his seedy twin Rehman Ali renders rollicking wrinkles and creases to the film’s over-smooth edges. He’s delightful as the bewildered working-class soul, the over-protective father and the near-nirvanic soul at the end who realizes the struggle to have justice is actually a journey towards god.

Minissha Lamba as Boman’s spirited daughter gets into the skin of her character with a career-defining determination and emerges with a character who is feisty, modern and, yes, Muslim. Sammir Dattani as the sweet-tempered do-gooder who supports the father and daughter shows a discernible growth as an actor. This film is actually the beginning of a new phase for Dattani. All three characters hold their Hyderabadi accents in place without slipping out of character for even a minute.

Watch out for all the usual Benegal actors like Lalit Tiwari, Ila Arun, Yashpal Sharma and Ravi Jhankal to newer entrants into this super-prolific director’s hall of films like Ravi Kissen (playing an over-sexed Bihari engineer)… they all know what we’ve known for years. The world of Shyam Benegal is filled with an anguished realization of moral and political corruption. But by god, Benegal knows how to juice our social milieu in his cinema without seeming exploitative or melodramatic.