Life express’s special screening and get to gather 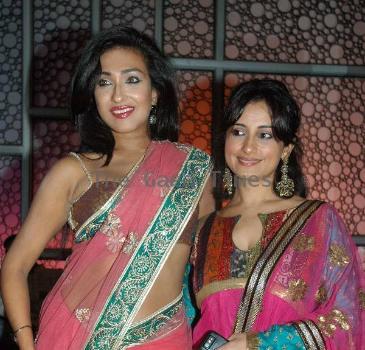 September 17, 2010 (Sampurn Wire): Life Express is small film with big massage film is based on surrogate mother and Divya Datta has one of the best role in this film that’s why she was very happy and invite lots of her Friends for the special show like Sweta Keswani,Vinay Pathak,Bijon Das Gupta,film start bit late but all the guests wait till the film started, second heroine of the film Rituparna Sengupta was get delayed because was stuck in heavy traffic due to Ganpati visarjan, people enjoy the popcorn and Cold drink.

Other guest in the show were director Anup Das,Lahor Director Sanjay Puran Singh Chouhan, Ashwini Choudhery, Vinod Pandey, Avinash Wadhavan, Claudia, Yashpal who has a very interesting role in the film, Seeba etc were there to support the film and there friends who all working.

WASHINGTON - Scientists say that a new breakthrough in imaging technology using a combination of lig...

NEW DELHI - Paying homage to those who lost their lives in the east Delhi building collapse last wee...
Copyright© 2010 The Gaea Times