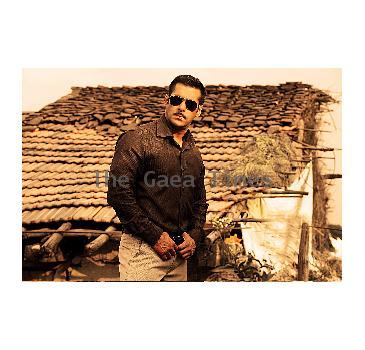 August 5, 2010 (Sampurn Wire): This is your one stop shop for the latest happenings in the town. The buzz. The release plans. The launches. The works. Yes, this is serious business and we will bring you the most reliable information week after week. Have a dekko.

As expected, Dabangg has sent the right signals and created an instant buzz in the same manner as that of Wanted. Salman can well forget the blues of Main Aurr Mrs Khanna and Veer if reactions to the promos of Dabangg are any indication.

An unlikely box office clash is waiting to happen. As central protagonists, Kangna would be taking on Vidya Balan as Tanu Weds Manu would be clashing with No One Killed Jessica on December 10.

Kajraare has been shifted ahead from its August 6 release. Early indications are that the Himesh Reshammiya starrer would now be coming face to face with Salmans Dabangg and Kareena-Kajol-Arjun’s We Are Family on September 10. Well, that won’t quite be a good decision after all.

Just a week more to go and there is still no presence of Bobby Deol on the promotional forums of Help which releases on August 13. It would be worth an idea to either pump up the promotion or delay the release.

Akshay Kumar overdose has been averted with Patiala House moving to 2011. This Nikhil Advani directed film will now release on February 11, exactly two years after Chandni Chowk To China.

It would be time for repetition of 2009 when Rohit Shetty’s All The Best had clashed with Akshay’s Blue. This Diwali, an interesting clash would again be witnessed with Shetty’s Golmaal 3 giving some tough competition to Akshay’s Action Replayy on November 5.