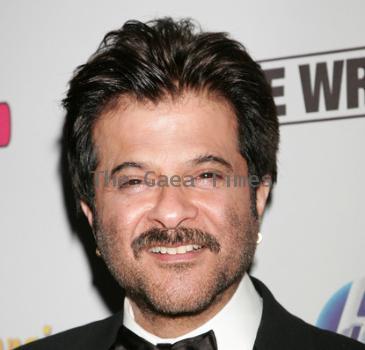 April 17, 2010 (Sampurn Wire): On Tuesday afternoon Anil Kapoor not known to throw open the doors for too many social occasions, hosted a very special small and intimate launch for his co-stars of Anees Bazmi’s No Problem.

There was just one problem. The female co-stars Sushmita Sen, Kangna Ranaut and Neetu Chandra were not invited for the wrap-up lunch at Anil Kapoor’s office. This was a bit odd considering wrap -up parties are meant for the entire crew.The ladies being a must since they add a glamour quotient.

Even the director was missing from what seems to be the most exclusive wrap-up party in the history of Indian cinema.

Says Anil stubbornly, “No no.Only Sanjay Dutt, Akshaye Khanna and I were there from the cast. There were a few other associates . But that’s it. We wanted it to be a stag party. Just so that Sanju, Akshaye and I could bond araam se, just have a boys’ afternoon .”

The “boys” spoke about things that are generally avoided when ladies are around.

So why was Anees left out?

Chuckles Anil, “How can Anees be left out? He has left for Canada to shoot with my daughter Sonam for Thank You. Anees is like family. I’ve done three comedies No Entry , Welcome and now No Problem with him. And just when No Problem was complete he starts shooting with Sonam. So you see, there’s a family tie with Anees.”

Anil lets out that he was responsible for Anees turning director. “It happened during the shooting of Mr Azaad 16 years ago. The director T Rama Rao was unavailable for a week. I suggested Anees who had scripted the film, take over for that one week. Even then I knew what Anees was capable of.”

Apparently Anees would also like to launch Anil’s son Harsh . Says Anil, “It’s too early to think of that. Harsh has not decided what he wants to do.”

The wrap-up party for No Problem was over-due. “We rushed back from South Africa after the shooting. We had no time for a party. So I decided we boys should get together in Mumbai .I won’t call it a farewell party. Sanju, Akshaye and I are too close to disperse after a movie.”